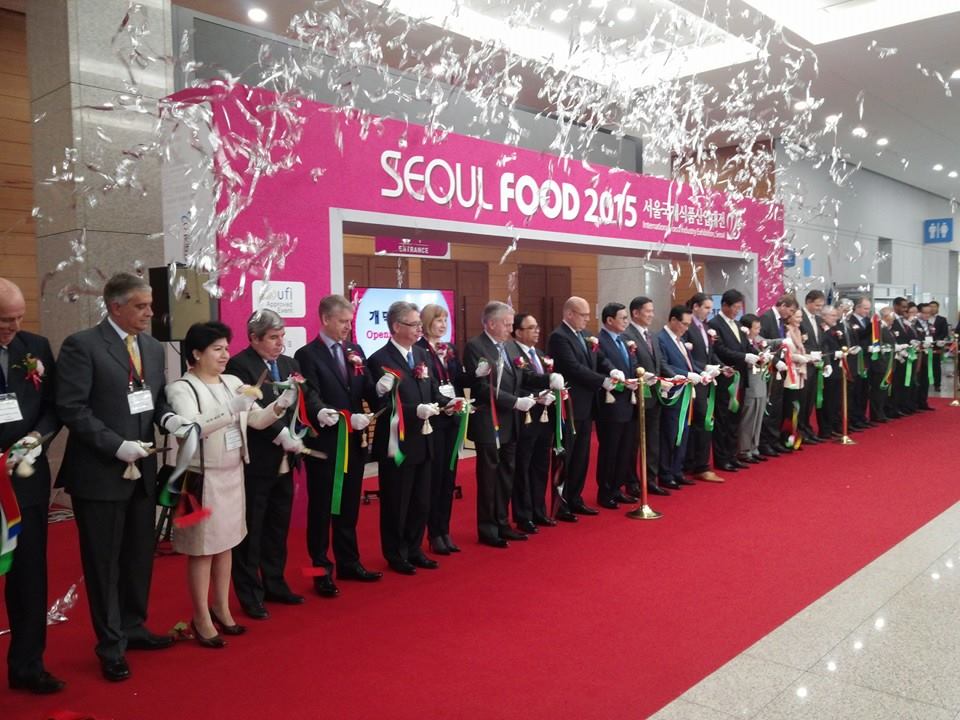 SEOUL, May 12 (Korea Bizwire) — A global food exhibition kicked off in South Korea on Monday, bringing almost 1,500 companies around the globe to the annual event, organizers said.

Seoul Food 2015 began its four-day run at the Korea International Exhibition Center in Ilsan, north of Seoul, with a record 1,480 companies from 44 countries taking part, according to the Korea Trade-Investment Promotion Agency.

Under this year’s theme, “Wave on the Table,” organizers will hold special sessions, such as a halal food seminar and a cooking contest. One-on-one consulting sessions for exporters will also be provided on the sidelines of the event.

Organizers, meanwhile, said some 200 Chinese companies take part in this year’s event on hopes the free trade pact between Seoul and Beijing will boost bilateral trade.

The Korea-China FTA was initialed in February, about three months after the countries declared a conclusion of their negotiations that began in May 2012. The countries plan to officially sign the bilateral trade pact within the first half of the year for possible implementation before the year’s end.

In 2014, some 52,000 people visited the annual exhibition. More than 1,300 companies took part, inking export deals worth US$60 million, according to the organizers.