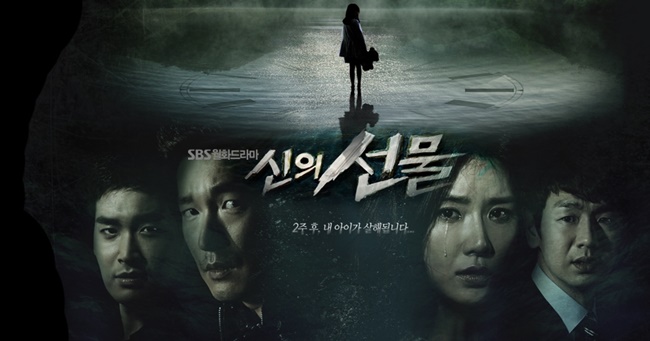 In the U.S., new shows are often aired during the off-season from April to September, and Somewhere Between is one of them. However, this remake was exceptional in that it was not tested first in the market through a pilot, and was directly programmed on ABC. (Image: SBS)

SEOUL, Sept. 3 (Korea Bizwire) — “The public response to ‘God’s Gift’ is amazing. Many loyal spectators watch the drama every week. It is receiving good reviews and being talked about on SNS in high frequency,” said Joe Broido, the senior vice president of Thunderbird Entertainment, a Canadian production company that remade ‘God’s Gift’, which was broadcast on SBS TV and gained much public favor in 2014.

He did not hesitate to speak highly of the great potential of Korean dramas on his way to Korea to participate in Broadcast Worldwide 2017 (BCWW 2017), a broadcasting and media content festival held at COEX in Samseong-dong.

‘Somewhere Between’, the title of the remake, has been airing on ABC every Tuesday at 10 p.m. since last July, with ten episodes.

In the U.S., new shows are often aired during the off-season from April to September, and Somewhere Between is one of them. However, this remake was exceptional in that it was not tested first in the market through a pilot, and was directly programmed on ABC.

‘God’s Gift’, written by Choi Ran, tells the story of a mother who travels into the past to save her daughter, played by Cho Seung-woo. The role of the mother, played by Lee Bo-young in the Korean version, is reprised by Paula Patton, an actress who appeared in ‘Mission Impossible’ and ‘Deja Vu’.

The ideas in the script were most appealing, Broido said.

“The mother travels back in time before the murder of her daughter, and gains opportunities to save her. Shocking events, actions, and touching scenes proceeding throughout the drama in a rollercoaster manner are so fascinating.”

Following ‘God’s Gift’, a remake of ‘Good Doctors’, which was broadcast on KBS2 in 2013, will also air from September 25 on ABC, an indication of the growing presence of Korean dramas in the American market. However, many remakes of Korean dramas have failed in the past.

“In my opinion, starting with ‘God’s Gift’, remaking Korean dramas in the U.S. will no longer be as difficult as before,” Broido forecasted. “This may be a cliché, but content is truly the king. People love stories. And content will always at the core of our lives.”