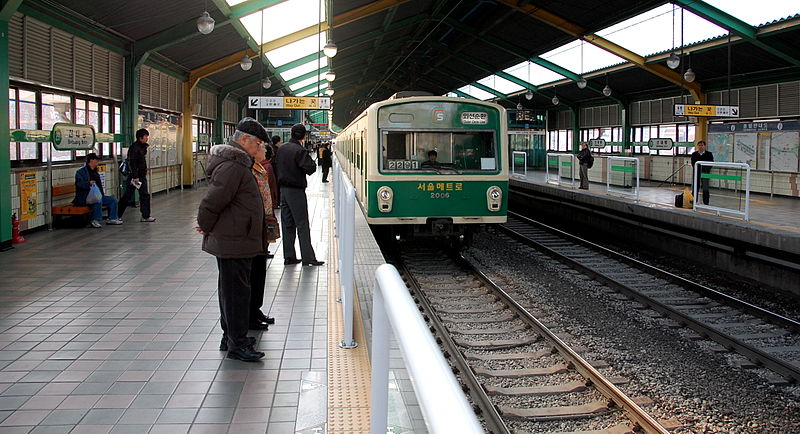 More and more Korean parents, growing warier of their children’s burdens of returning home, are coming to see their kids and this phenomenon has already earned a name, ‘Yeok Gui Sung,’ which means ‘counter-homecoming.’ (image credit: lwy @ flickr)

SEOUL, Korea, Sep 16 (Korea Bizwire) – People lining up at train stations for tickets home may be one of the most universal urban landscapes all around the world in holiday seasons. People spend their precious time on the road to have long-anticipated family reunions. Koreans are no exception in this. September, the month in which Korean Thanksgiving day Chuseok falls on this year, is the time of gift giving and booking the last-minute train or bus home.

However, Korail, or Korean National Railroad, is promoting a seasonal discount ticket, not for return-home passengers on exodus from Seoul to the countryside but for their parents to Seoul to see their children.

More and more Korean parents, growing warier of their children’s burdens of returning home, are coming to see their kids and this phenomenon has already earned a name, ‘Yeok Gui Sung,’ which means ‘counter-homecoming.’ More Seoulites are no more willing to waste their time and energy in traffic and more parents at home are willing to provide their children more time to relax for the holidays, since counter-homecoming involves less crowd and traffic thus less energy and time wasted on the road for family reunion.

According to Hyundai Economic Research Institute, the counter-homecoming ratio of holiday family reunions has been increasing to 14.5 percent in 2011. It however declined to 5.3 percent in 2012 before jumping back to 13.1 percent this year.

This trend is changing the holiday consumption patterns, too. According to a sales report by Korea’s online shopping mall operator Lotte.com, the revenue in theater, concert and exhibition ticket sales of this Chuseok season surged more than 48 percent compared to the ticket sales revenue during the season of Lunar New Year’s Day in 2013. It means more Koreans are staying within the city and making use of the holiday time as an opportunity to relax, while some of their parents occasionally come home to see them instead of the other way around.