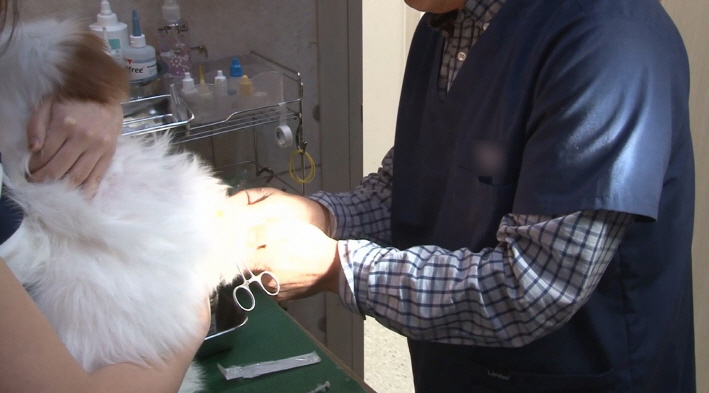 SEOUL, Oct. 16 (Korea Bizwire) — Experts are calling for the establishment of a pricing standard for medical bills at veterinary clinics to relieve the financial burden for pet owners.

Lee Hye-jin, a researcher at the Gyeongnam Institute, pointed out in an internal policy flier that there are “no unified standards or regulations surrounding medical bills at veterinary clinics, despite the fact that they cause severe financial burdens to pet owners.”

The Consumers Union of Korea reported that a pet owner takes his/her pet to a veterinary clinic 5.3 times a year, and spends about 111,259 won (US$93.78) each visit.

Survey data shows that 9 in 10 pet owners were uncomfortable with exorbitant medical costs.

At 71 percent, yhe majority of pet owners received a medical bill after treatment, and only 27.9 percent were informed of the details of the medical costs, leaving many pet owners without a clue in terms of how much the treatment would cost.

Experts argue that without pricing standards in place, pet owners will begin to question the medical quality of these clinics.

“Previous governments have failed to predict that abolishing standard pricing could result in a heavier financial burden for consumers,” said Lee.

Previously, there were pricing regulations in place that used to impose a maximum limit of medical costs that veterinary clinics could charge consumers. The regulations were abolished in 1999 to prevent price-fixing practices through free competition.

“The new pricing standards, once introduced, will relieve the financial burden for consumers and close in the gaps between medical bills charged at each veterinary clinic,” said Lee.