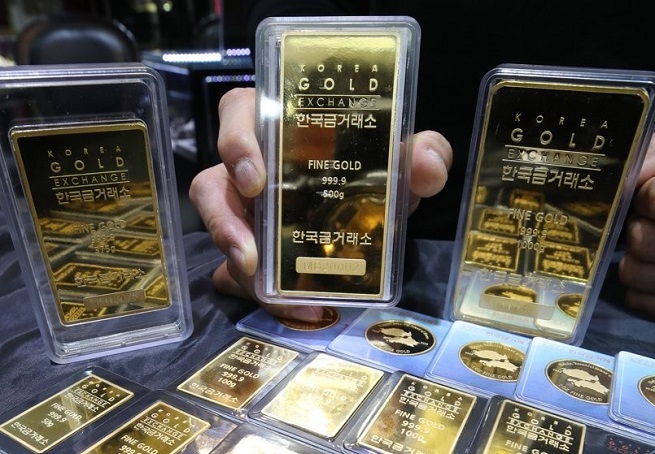 A gram of gold changed hands at 63,900 won (US$57.7) on the domestic market Friday, down 0.48 percent from the previous session, according to the Korea Exchange.

It marked the lowest price since April 6 last year, when the price stood at 63,780 won.

Prices of gold, a key safe-haven asset, spiked in the first half of last year due to jitters over an economic recession stemming from the coronavirus outbreak and greater market volatility.

But gold prices have recently been on the decline on expectations for an economic recovery and positive news on vaccine development.

Instead of gold, some investors appeared to have favored other assets as a hedge of inflation.

The bull run in cryptocurrency transactions came as investors viewed the virtual currency as a relatively safe asset amid the new coronavirus pandemic, according to industry watchers.