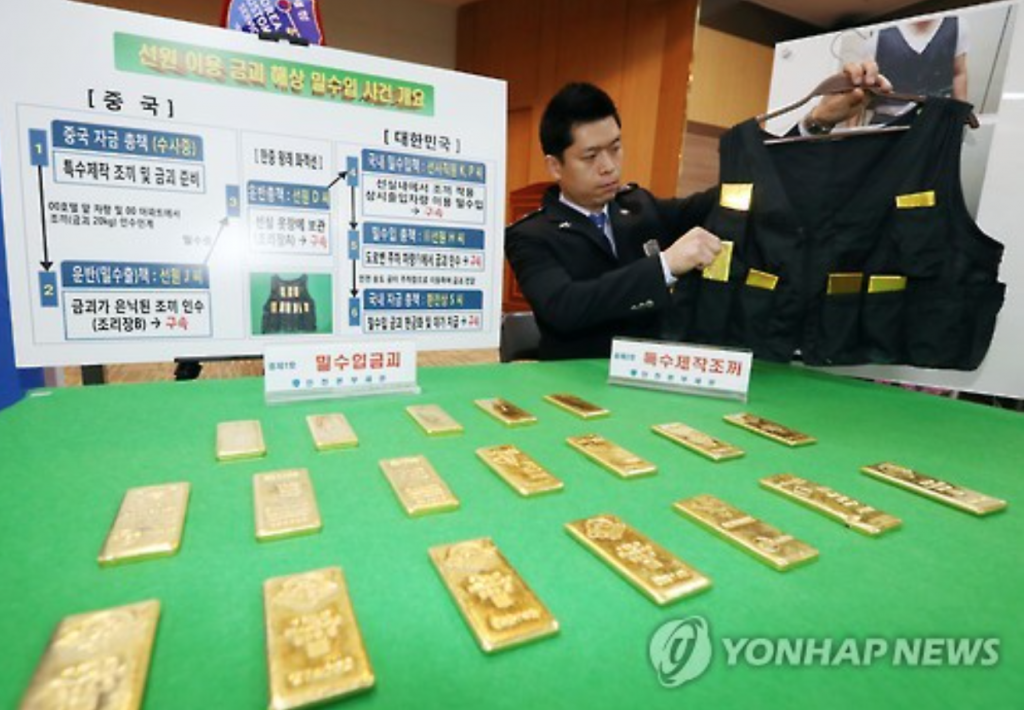 Inbound smuggling of gold often increases when local gold prices are higher than international rates, officials said, adding that purchasing gold at a cheaper price overseas, and bringing it in illegally without paying the 3-percent tariff and 10-percent surtax charge can be a lucrative venture.

When domestic prices are lower than those overseas, smugglers choose to export gold instead. Such was the case after the financial crisis, when no cases of outbound smuggling in 2007 turning into 52 cases in 2008 (5.2 billion won), and seven cases in 2010 (58.6 billion won).

Officials estimate that at least 30 billion won in gold was smuggled into the country as of mid-December, which is the highest value of inbound smuggling since 2007. Although the number of cases exposed declined compared to last year, the size of criminal operations tripled, with criminals smuggling larger gold bars in a much more organized fashion.

Their methods of smuggling, however, have seem to have gone back in time, with gold ‘mules’ using specially-crafted jackets to carry bars in secret pockets, while others drop the contraband into the ocean prior to their ship’s port entry, and recollect them later on a fishing boat.

“They seem to have readopted older methods after we started reinforcing our crackdown operations targeting newer smuggling methods, like hiding gold in secret clothing,” said a KCS official. “We’ll be boosting our security checks at airports and harbors.”