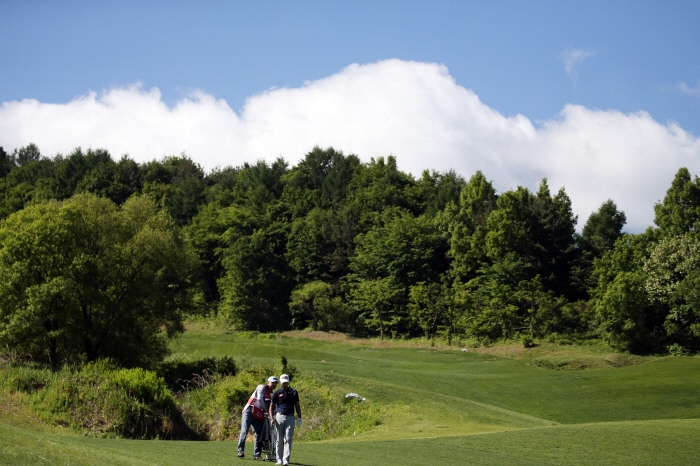 SEOUL, Sept. 18 (Korea Bizwire) — An interesting new study found that the amount of oxygen emitted yearly from grass and trees situated in the nation’s golf courses was sufficient to provide 1.95 million people with air to breathe in.

According to the Korea Leisure Industry Institute, the total amount of oxygen given off by the 488 golf courses across the country totals 536,000 tons per year, the equivalent amount of oxygen required by 1.95 million people to breathe.

In addition, the study found that the greenery in golf courses absorbs 734,000 tons of carbon dioxide.

This is on par with the amount of carbon dioxide emitted when 1.7 billion kWh of power is generated, providing energy to 367,000 households.

Thus, the study concluded that golf courses are contributing significantly to fight the greenhouse effect by keeping the air clean, by producing oxygen and absorbing carbon dioxide.

The study also revealed that 37.2 percent of the average golf course was covered in grass, while 47.8 percent was forested.

Man-made facilities such as parking lots and club houses accounted for just 15 percent of the entire area.

The study cited a Japanese research association as the source in applying the index required to calculate the amounts of oxygen and carbon dioxide from golf courses.