SEOUL, Jun. 9 (Korea Bizwire) Good news for South Koreans who have been looking for some auspicious signs in the run up to the historic summit between leaders of North Korea and US.

The good news came from Seoul Grand Park, south of Seoul, where a Siberian tiger named Penza (or called here as Baekdu Mountain tiger) gave birth to four tiger cubs on May 2. 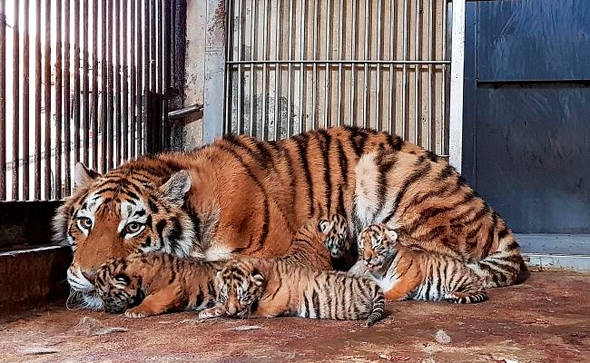 It is a very rare case that a tiger produced as many as four tiger cubs at the same time; usually a tiger begets two or three cubs at one time. Moreover, it was the first time since October 2013 that a Siberian tiger gave birth to cubs at the zoo. This deserves to be called an auspicious birth event.

The other one came from Seoul Children’s Grand Park which announced on Friday that the first baby elephant born at the zoo in 23 years has been named ‘Kori’. Kori was born to a pair of elephants from Cambodia — 28-year-old male Camdori and 34-year-old female Camsuni — on January 27.

Kori’s birth was the first for the species at the park since 1995, when the fourth elephant was born to a pair of elephants from Thailand, donated by Dongkuk Steel Mill Co.  Kori’s parents are gifts from the Cambodian government in 2010. 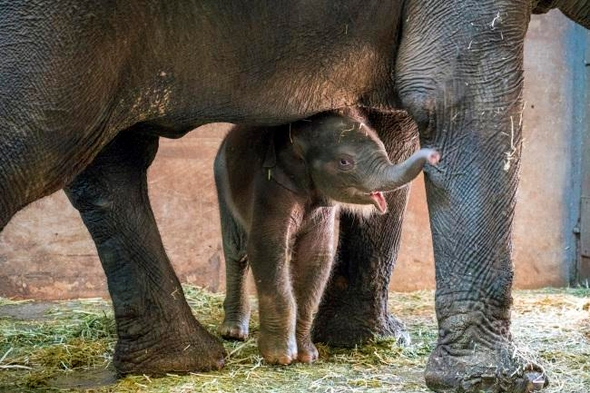 A total of 1,380 entries were submitted to the park and screened by elephant trainers in the first vote and children, parents and volunteers on the second vote before a committee of children decided on the name. (Image courtesy of Seoul Children’s Grand Park)

One thought on “Good Omens for Trump-Kim Summit?”