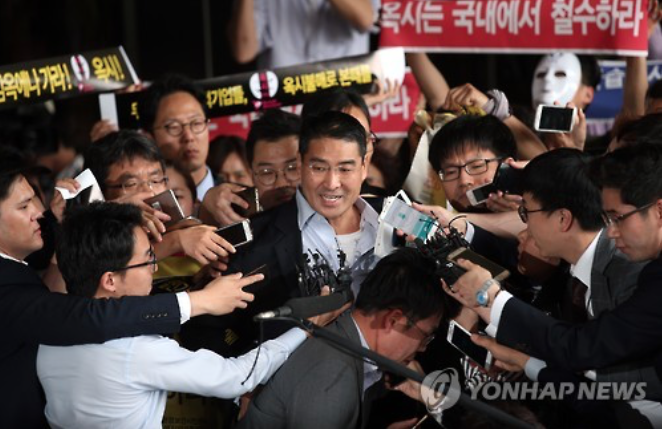 SEOUL, May 23 (Korea Bizwire) – The CEO of Google Korea who formerly headed the local unit of Oxy Reckitt Benckiser was summoned by prosecutors Monday to face questions over the British firm’s toxic humidifier sterilizers which resulted in numerous deaths and illnesses here.

John Lee appeared before the Seoul Central District Prosecutors’ Office in southern Seoul as a suspect in the snowballing case that involves scores of deaths since 2011, including some pregnant women.

“My prayers and condolences go out to the victims and their families,” the Korean-American told reporters before entering the office. “I will fully cooperate with the investigation.”

Lee headed the South Korean unit of the consumer goods company from June 2005 to May 2010 when sales of the sterilizer product were greatest.

Prosecutors said they will grill Lee on why the company continued selling the product despite complaints from consumers over its side effects.

The summons came a few days after Ulrich Hosterbach, the finance director of Oxy Korea, was summoned last week as the first among a number of foreign executives in relation to the toxic sterilizer probe.

South Korea confirmed 221 people as victims. Among them, 177 had used Oxy products. Out of 90 deaths, 70 are believed to have been caused by products made by Oxy.’