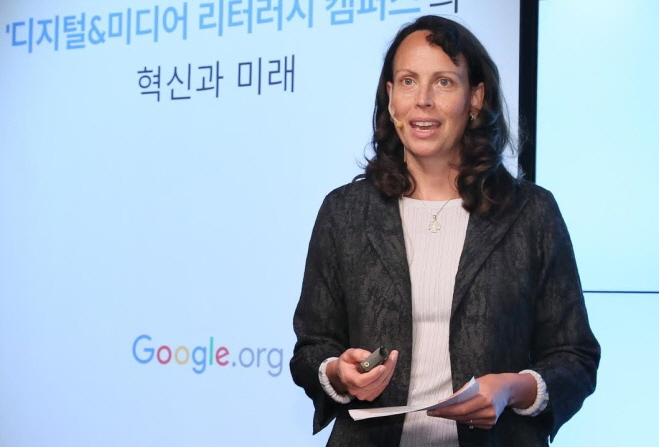 SEOUL, Mar. 21 (Korea Bizwire) — Google Inc. announced on Wednesday that it will help expand the ‘Digital and Media Literacy Education Program’ nationwide to educate the public on the standard of making proper judgement on digital media and how to use a variety of digital media tools.

Jacquelline Fuller, president of Google.org, the charitable arm of the tech giant, said at a press conference held at Google Campus Seoul that “the Digital and Media Literacy Campus Program has helped many to raise critical thinking and use digital content safely and effectively.”

“The expansion of the program will help more South Korean students to be inspired by the unlimited potential of the digital world and raise them to become leaders of the next generation.”

The education program, hosted by the Center for Digital Literacy since 2016, received 500 million won (US$444,000) from Google.org in 2017, allowing it to become one of the official programs at middle schools in Seoul and Gyeonggi Province.

“We will begin digital literacy education programs using smartphones within the first half of this year and release a variety of educational content that can be used in classrooms,” said Kim Myo-eun, vice president of the Center for Digital Literacy.