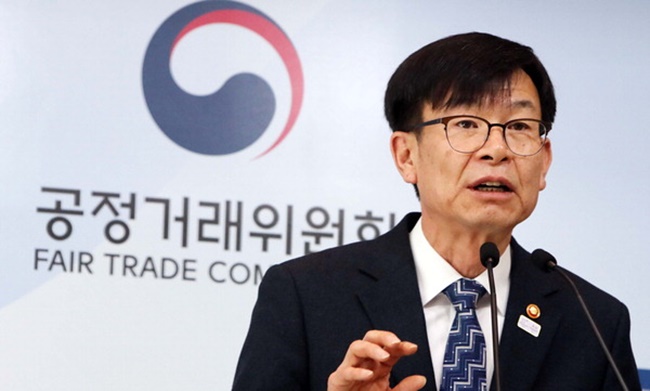 Under the new proposal, more civil action will take place, as opposed to the KFTC dealing with all consume complaints. (Image: Yonhap)

SEJONG, Feb. 23 (Korea Bizwire) – The South Korean government is expected to adopt a group litigation system for consumers, according to a new report.

According to the law enforcement reform task force report published by the Korea Fair Trade Commission (KFTC) on Thursday, the government is on course to allow consumers to file class-action suits, with plans to order companies to submit data to help plaintiffs gather evidence.

Under the new proposal, more civil action will take place, as opposed to the KFTC dealing with all consume complaints.

The final report has been released by the task force, which was launched by the government and independent experts with the goal of looking at different ways to enforce the law and establishing a fair-trade system.

Following the interim report last November, members of the task force reached an agreement that class-action suits should to be allowed to help consumers seek compensation more swiftly without being burdened by onerous legal fees.

Opinions varied, however, on the scope of consumer claims that should be permitted, with some pushing for a limit to cases involving collusion, product liability, and false advertisement.

Members of the task force also came to an agreement that companies need to cooperate in providing data to victims in class-action suits when ordered by the court, and called for the establishment of legal grounds for inspection during the investigation process to enhance transparency.

The KFTC is expected to make an announcement addressing the findings from the study by the task force later this year.

“Work has begun at the KFTC to issue our official stance on the task force report. Based on our stance and under our responsibility, we plan to persuade both the National Assembly and the market,” said Kim Sang-jo, the chairman of the KFTC.

“The KFTC will implement reforms within its administrative power first, while a special committee consisting of three branches will be launched to take charge of the comprehensive free trade reform,” Kim added.