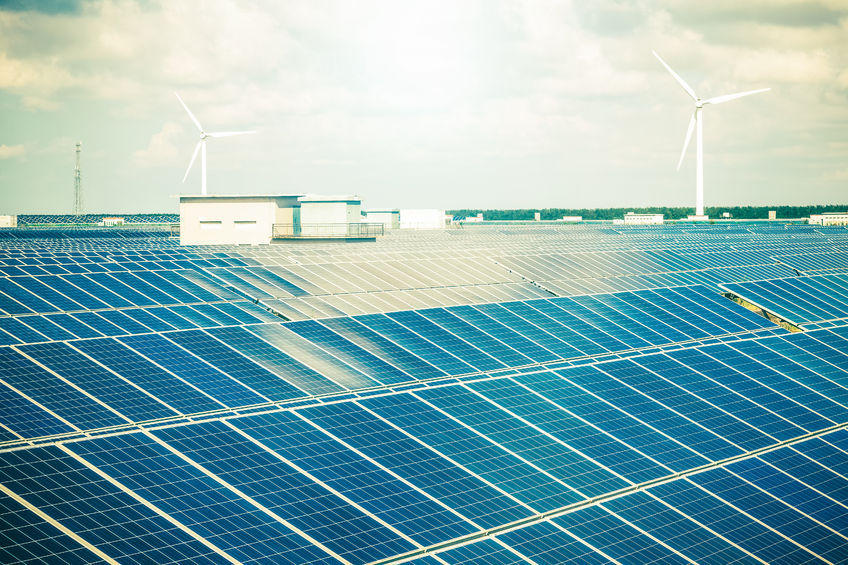 “Implementing the system will guarantee the stability of profits for new and renewable energy companies,” said a ministry official. (image: KobizMedia/ Korea Bizwire)

SEOUL, Nov. 30 (Korea Bizwire) – In an effort to promote new and renewable energy, and stabilize fluctuating prices, the government has decided to institute “20-year fixed-price contracts” that will better guarantee business profits as well as attract more investment in the sector.

According to the Ministry of Trade, Industry & Energy, the government will implement what is called a “long-term SMP + REC contract system” starting next year to bring up the economic feasibility of new and renewable energy ventures.

SMP, or system marginal price, is simply the wholesale price of electricity, which tends to fluctuate based on international oil prices; whereas REC stands for renewable energy certificate, with its roots in the renewable portfolio standard (RPS).

The RPS currently binds power companies with a minimum 500MW facility to generate a specific amount of new or renewable electricity. They can either equip themselves with renewable energy generators or purchase RECs from existing renewable energy companies.

Under the current system, commercial enterprises generating new and renewable energy can sell their electricity to the Korea Electric Power Corporation and can also generate additional revenue by selling their RECs. At the moment, only businesses with a maximum 3MW facility can participate in such activities with a 12-year fixed rate when signing REC sales contracts.

The new SMP + REC contract system combines the two elements, and expands on current practices by not limiting renewable energy ventures based on their generating capacity, and by making it mandatory for a fixed electricity rate to be set for 20 years.

“Implementing the system will guarantee the stability of profits for new and renewable energy companies,” said a ministry official. “Although it may seem as though buyers of electricity are taking all the risks, the fact that the renewable energy price will remain the same even if the SMP rises will play to their advantage.”

Meanwhile, the ministry also decided to increase subsidies for installing residential (houses) solar power generators from the current 20 percent to 50 percent, while providing an additional 25 percent subsidy for the installation of mini-solar panels for apartments, adding to the 50-percent subsidy provided at the moment.

In addition, the ministry plans to cut down rental fees for elementary, middle, and high school rooftops used by solar energy businesses to one-tenth of the current rate. Building solar light power generators on school roof tops is a project that started this year to promote the use of renewable energy while creating an additional revenue source for schools.