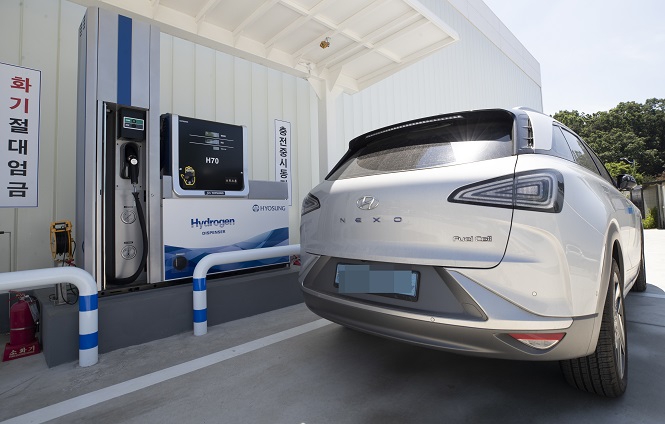 The government decided upon 35 measures to resolve various issues faced by newly emerging industries at a meeting on Wednesday.

Previously, local authorities failed to approve convenience stores and other commercial facilities at hydrogen filling stations due to lack of relevant regulations.

In response, the government released an authentic interpretation to all local authorities that if there are no regulations against building commercial facilities, they should be allowed.

In the meantime, operators of artificial intelligence (AI) speaker services, for development of voice recognition technology, will now be able to collect voice sources from users more easily through simplified user agreement procedures.

Unlike foreign service providers such as Google and Amazon, Korean operators had to seek agreement from users whenever they update user recognition technology, raising questions about fair treatment.