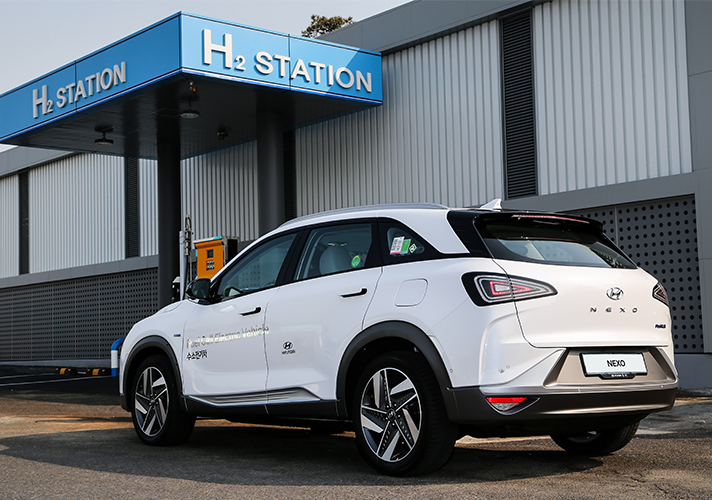 The Ministry of Trade, Industry and Energy signed a memorandum of understanding with local automakers, state-run utilities companies and related organizations to establish an SPC by November to help overcome business hurdles for the emerging vehicle market.

Under the agreement, Hyundai Motor Co., the nation’s leading automaker; the state-run Korea Gas Corporation; and other companies will work together to install hydrogen fueling stations in major cities and on highways.

The state-run Korea Express Corporation and Hyundai Motor will work together to install eight hydrogen charging stations on highways with heavy traffic and 10 more in Seoul and other major cities.

Last year, the government announced a plan to supply about 15,000 hydrogen vehicles and 310 charging stations nationwide by 2022 to tackle air pollution problems and promote next-generation vehicles.

Local carmakers have released a series of next-generation fuel cell lineups in recent years, but demand remains feeble in the domestic market due in large part to a lack of charging stations.

It costs about 3 billion won (US$278,758) to build a fuel charging station and requires some 200 million won for its annual operation, according to the ministry.