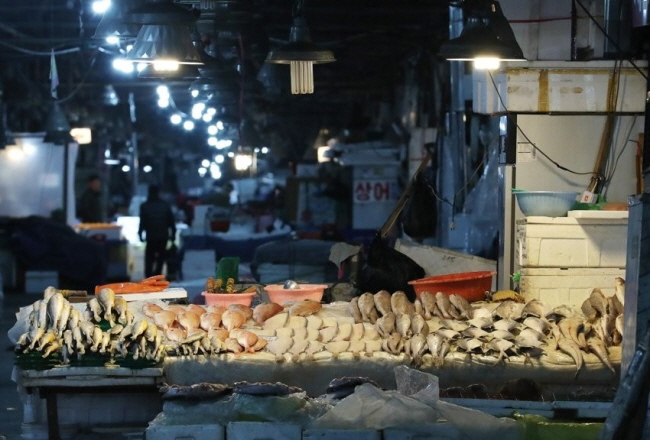 Since the government has banned the capture of Korean pollack to conserve fishery resources, South Korea relies only on imports when it comes to pollack. (Yonhap)

SEOUL, Sept. 4 (Korea Bizwire) — The government is set to launch a special crackdown on the origin of imported fisheries products.

Targeted items include a large number of imported fishery products that are imported from Japan.

The Ministry of Oceans and Fisheries and the National Fishery Products Quality Management Service (NFQS) said Tuesday they will launch a special crackdown on violations of the country of origin labeling of imported fisheries products from Thursday to October 31.

Government agencies are going to crackdown on eight kinds of fisheries, including pollack, red seabream, and small octopus. Many of the targeted products are from Japan.

Since the government has banned the capture of Korean pollack to conserve fishery resources, South Korea relies only on imports when it comes to pollack.

So far, violations of the country of origin mark have centered mainly on Chinese products.

As of last year, 82 cases were identified in which Chinese products were passed off as Korean, accounting for 42.7 percent of the total. However, 15 violations were reported for Japan, the second highest after China.

In response, the NFQS will jointly crack down on restaurants and traditional markets with local governments.

The task force and the metropolitan task force, organized by four regions, will work with the Korea Customs Service to organize a plan for large distribution and processing companies.