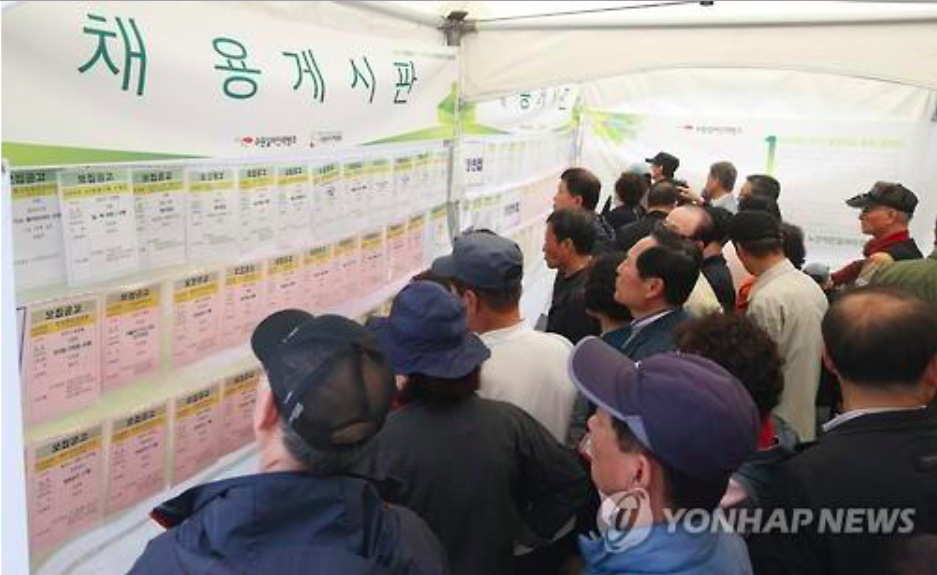 According to the study from the Korea Labor Institute, the number of non-permanent job holders had increased by 174,000 year-over-year by November of last year. (Image Courtesy of Yonhap)

SEOUL, May 26 (Korea Bizwire) – The rate of increase in the number of temporary workers has been slowing across age groups except for those in their 60s and older, a study showed on Thursday.

According to the study from the Korea Labor Institute, the number of non-permanent job holders had increased by 174,000 year-over-year by November of last year and 113,000 by December, but shrank to 19,000 in January of this year and 9,000 in February.

This pattern, however, did not apply in the case of temporary workers 60 years of age or older. The number of temporary workers aged 60 or above rose throughout the same period, increasing by 104,000 in September of last year, 113,000 in November, and 138,000 in December, and continuing to increase into this year.

The study results indicated that some of the causes include an increasing number of citizens who are 60 years old or older in South Korea, as well as their need for money after retirement. The poverty rate of South Koreans aged 65 or older was reported as 49.6 percent in 2014 compared to the 12.6 percent average for other countries in the Organization for Economic Cooperation and Development.

“Koreans in the post-retirement group have entered the labor market to supplement their income, but, unable to find a permanent position, they settle for temporary work,” Chung said. “They are counted as economically non-active because they are not looking for jobs all the time, but they do work when they find short-term jobs.”