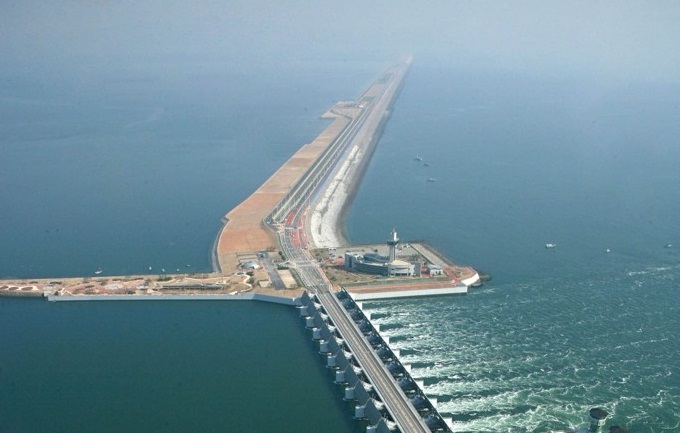 An aerial view of the Saemangeum seawall. (Yonhap)

SEOUL, April 8 (Korea Bizwire) — The government has launched a drive to reduce the carbon emissions of existing industrial complexes by more than 25 percent by transforming them into ‘smart green industrial complexes’ on a step by step basis and promoting business innovation activities.

On Wednesday, the Ministry of Land, Infrastructure and Transport confirmed the action plan to achieve such goals.

Among the national industrial complexes that are now under establishment, two or three will be developed first as smart green industrial complexes, including the one on the Saemangeum reclaimed land which will be cultivated as innovation hub for renewable energy.

The government plans to establish the nation’s first smart green industrial complex in Saemangeum that would fully achieve the RE100 or Renewable Energy 100 percent initiative, a campaign designed to encourage businesses to offset 100 percent of their electricity consumption with renewable energy.