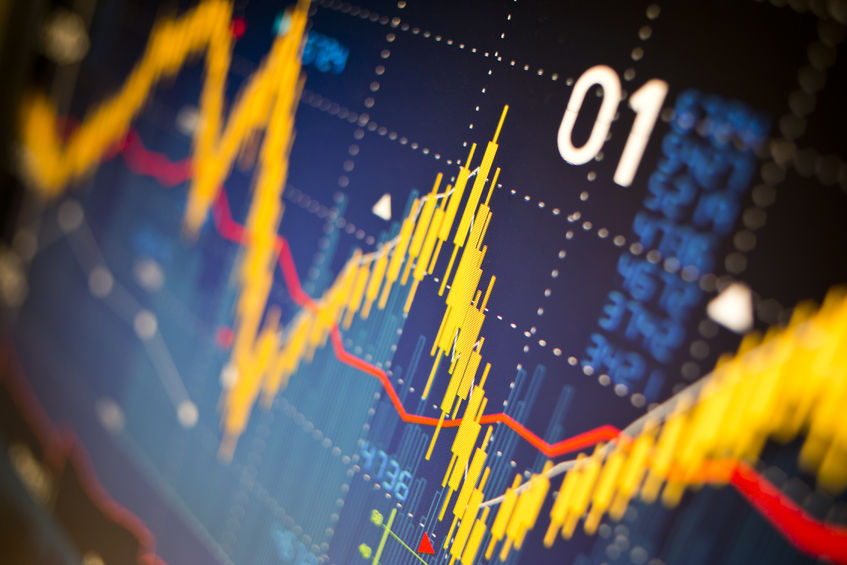 Finance Minister Choo Kyung-ho made the announcement right after an emergency meeting with the central bank chief and top financial regulators in response to increased concerns about a possible credit and liquidity crunch.

“Amid the growing concerns in the corporate bond and short-term money markets, and to prevent a liquidity crunch, we plan to activate more liquidity programs on top of existing market stabilization measures, expanding the fund to 50 trillion won and more,” Choo told reporters.

In line with such efforts, the government plans to activate the bond market stabilization fund of 1.6 trillion won starting Monday, and proactively purchase corporate bonds and commercial papers.

It will also raise the ceiling for corporate bond-buying by such state-run banks as the Korea Development Bank and the Industrial Bank of Korea to 16 trillion won, double the current 8 trillion won.

The country will also supply 3 trillion won by utilizing the fund of the Korea Securities Finance Corporation to supply liquidity to brokerage firms facing challenges due to project-financing asset-backed commercial papers (PF-ABCP), according to the finance ministry. 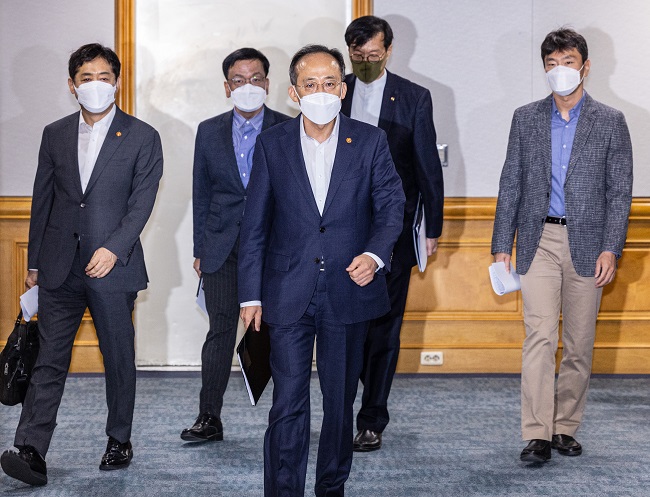 Finance Minister Choo Kyung-ho enters the venue of an emergency meeting with the country’s central bank chief and top financial regulators in Seoul on Oct. 23, 2022. (Yonhap)

South Korea’s corporate bond market has been jolted in a default on debt payment by the developer of the Legoland amusement park in Gangwon Province.

Last month, Iwon Jeil Cha, a special purpose company established by the Gangwon Jungdo Development (GJC) to fund the construction of the resort, missed the debt payment of 205 billion won. It was then listed as bankrupt.

Gangwon Province, which holds a 44-percent stake in the GJC, earlier said it would not fulfill its guarantee and instead file the firm to a court receivership, in line with efforts to reduce the province’s debts.

Amid growing jitters in the local bond market, however, Gangwon Province revoked its decision and announced last week it would make the payment by the end of January next year.

The amusement park opened in the province’s city of Chuncheon, 75 kilometers northeast of Seoul, in May.

“The government and the Bank of Korea share a consensus that the market is in a grave situation and plan to take necessary policy measures to cope with instability,” Choo said.