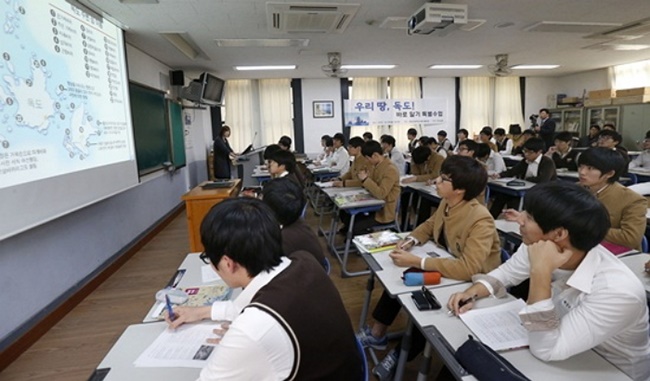 The shocking findings from a survey conducted by adolescent rights group ASUNARO on a sample of 1,042 students were revealed on Sunday, showing 938 of those surveyed had had items taken against their will as a form of punishment by their superiors at school. (Image: Yonhap)

SEOUL, Sept. 4 (Korea Bizwire) – A new survey has revealed that nearly nine in ten South Korean middle school and high school students have had their belongings confiscated at least once by school authorities, which a student rights group says is a clear violation of human rights.

The shocking findings from a survey conducted by adolescent rights group ASUNARO on a sample of 1,042 students were revealed on Sunday, showing 938 of those surveyed had had items taken against their will as a form of punishment by their superiors at school.

Among the respondents, which consisted of 864 middle school students and 178 high school students, over 400 said they had experienced having items confiscated more than five times, accounting for over 38 percent.

When it came to the types of items taken away from students, cosmetics products and smartphones were among the most frequently confiscated items, followed by fashion accessories often sported by female students like earrings and necklaces, as well as hats and clothes.

The survey also found most of the items were confiscated once they came to the attention of teachers, or when teachers stopped students to inspect their belongings to see whether or not they possessed items that weren’t appropriate for school.

Items frequently taken away from students, including cosmetic products and accessories, were often not returned to them, according to the survey, with mobile phones kept from students for anywhere from a week to as long as a month.

Shockingly, nearly 70 percent of the respondents claimed their items were either lost or damaged after being confiscated by teachers or other school authorities.

ASUNARO said, “Searching through personal belongings and confiscating them not only breaches one’s privacy and property rights, but these practices are also in violation of the UN’s Convention on the Rights of the Child, as well as the International Bill of Human Rights.

“Without asking why (students) need the items, how they bought them, or how they are being used, school authorities are taking them away (from students) or damaging the items. Students’ belongings represent the personality and character of each student.”

The adolescent rights group is expected to submit the findings of the survey to the human rights education center at the Seoul Provincial Office of Education and demand an investigation and countermeasures.