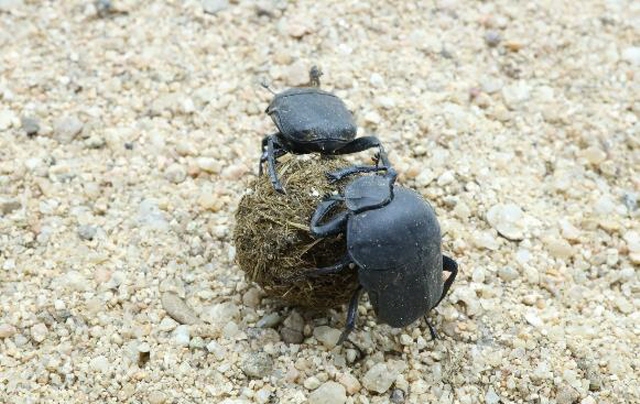 Scarabs were common in South Korea until 1970, after which there have been no confirmed sightings. (image: Ministry of Environment)

SEOUL, Aug. 12 (Korea Bizwire) — The Ministry of Environment has launched a project to bring back scarabs to South Korea, which disappeared in the 1970s.

The ministry and the National Institute of Ecology (NIE) announced on Sunday that they recently brought 200 scarabs from Mongolia to restore their population.

Scarabs, classified as Level II endangered species in South Korea, are insects that feed on the feces of herbivores including cows, horses, and lambs.

They are famously known for rolling feces into their underground caves to lay eggs there.

Scarabs were common in South Korea until 1970, after which there have been no confirmed sightings.

A decrease in livestock numbers and the use of anthelmintics and antibiotics are being seen as major factors that led to the scarab’s extinction.

The ministry brought 103 scarabs from East Gobi in Mongolia and 97 from South Gobi in consideration of their genetic diversity.

Currently, the scarabs are adjusting to the new environment at the NIE National Restoration Center for Endangered Species in Yeongyang County, North Gyeongsang Province.

Once the scarab population expands, the center plans to release them in a suitable habitat.