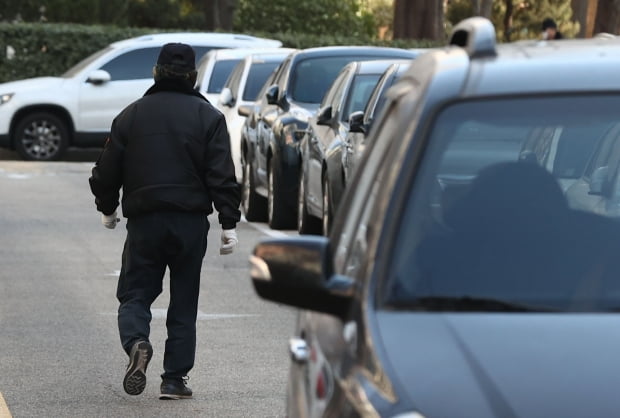 SEOUL, Feb. 18 (Korea Bizwire) — The government said Wednesday that the classification of apartment guards as ‘surveillance·intermittent workers’ will be limited if they are forced to do other work such as parking management and waste separation and collection beyond a certain threshold.

The problem is that apartment security guards are often expected to perform other tasks, including cleaning, parcel storage and parking management, in addition to their original duty of surveillance.

Thanks to the revision of the Joint Housing Management Act, it will become possible for apartment guards to do work other than surveillance from October.

Based on its judgment that if security guards are allowed to hold multiple positions, some apartment complexes would shift the status of guards to that of general workers, the Ministry of Labor decided to support the reorganization of the working system.

At present, there are many cases in which apartment security guards work for long hours under the 24-hour shift system.

The ministry plans to provide a consulting service aimed at promoting a move towards regular daytime shifts, excluding those on night duty.

Even if working hours are shortened, the ministry plans to protect the job and wage level for apartment security workers, while strengthening their right to take rest breaks.