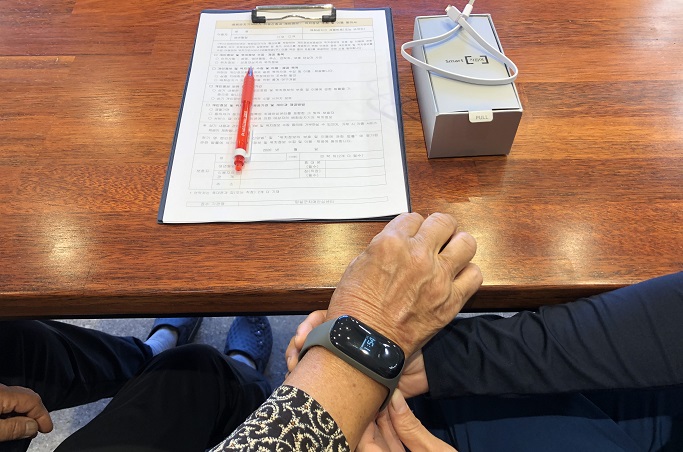 IMSIL, Oct. 8 (Korea Bizwire) — A South Korean municipal government introduced a special sensor to prevent dementia patients from being lost or having an accident while wandering the streets.

The municipal government in Imsil County, North Jeolla Province announced on Wednesday that had it decided to offer wrist-type GPS sensors for free to dementia patients at risk of being lost due to cognitive impairment.

Previously, it took 12 hours on average to find lost dementia patients. However, the special sensor is expected to contribute to reducing the time just to one hour.

The municipal government noted that when dementia patients are lost, the most important thing is to find them as quickly as possible, adding that wearing GPS sensor allows their locations to be pinpointed with precision.

With a built-in GPS function, the wrist-type sensor enables real-time tracking of the dementia patients’ locations. It also has an emergency call function.