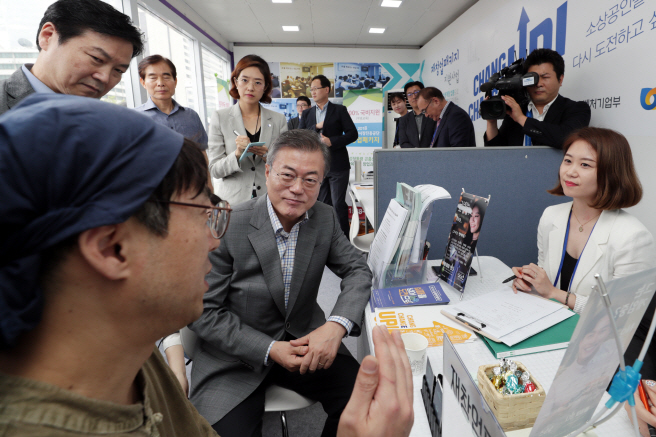 The Fail Expo was first held at Gwanghwamun Plaza in Seoul last year with the aim of changing perceptions of failure and helping people find a way to overcome obstacles by sharing failed cases in employment and start-ups. (Yonhap)

SEJONG, May 15 (Korea Bizwire) — The “Fail Expo,” which shares various failure experiences and supports redemption, will be held in five regions across the country, starting in Chuncheon, Gangwon Province, until September.

The Ministry of Interior and Safety announced on Tuesday that it will hold a joint declaration ceremony with the Ministry of SMEs and Startups and the Gangwon Provincial Office at Kangwon National University in Chuncheon on Wednesday to mark the opening of the “2019 Fail Expo”.

The Fail Expo was first held at Gwanghwamun Plaza in Seoul last year with the aim of changing perceptions of failure and helping people find a way to overcome obstacles by sharing failed cases in employment and start-ups.

This year, the event will be expanded to provincial areas to hold regional exhibitions in four regions, including Gangwon Province, with a Universal Expo planned for Seoul in September.

Under the theme of ‘Innovation Starting in Failure’, the Gangwon Fail Expo will run for three days at Kangwon National University.

During the three days, six ministries, including the Ministry of Employment and Labor, the Ministry of Health and Welfare, and local governments and industry affiliates will hold a “policy yard” booth to support small business owners, provide financial support and credit guarantees, and offer counseling for women to enter the job market again.

Events such as a “Valuable Failure Conference” that sheds light on cases of failure, an “Overcoming Failure Policy Market” that links support systems in various fields, and a “Blanket Kick Contest” and “Failure Confession” in which participants share their experience of failure will also be held.

Interior and Safety Minister Chin Young said that if failure is to be perceived as a process, the government and local governments should create an ecosystem that systematically supports citizens to challenge themselves once again.