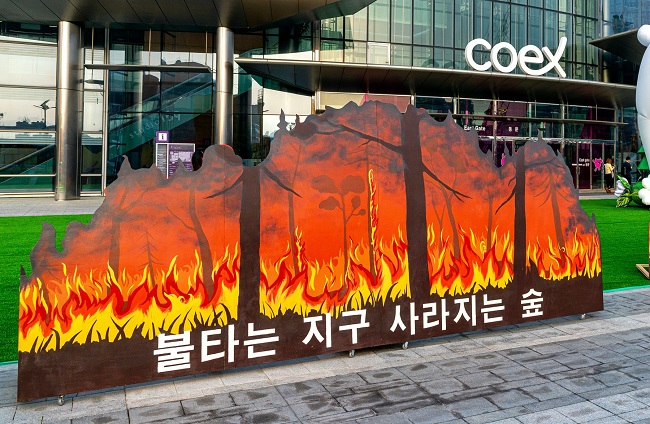 SEOUL, May 3 (Korea Bizwire) — Greenpeace on Monday set up a large prop depicting a forest fire in front of the COEX convention center in Seoul, where the opening ceremony for the 15th World Forestry Congress took place, urging attendees to stop forest destruction.

The international environmental group set up two props carrying the image of forests engulfed by fire, using artificial fog to depict the smoke coming out of the fire. 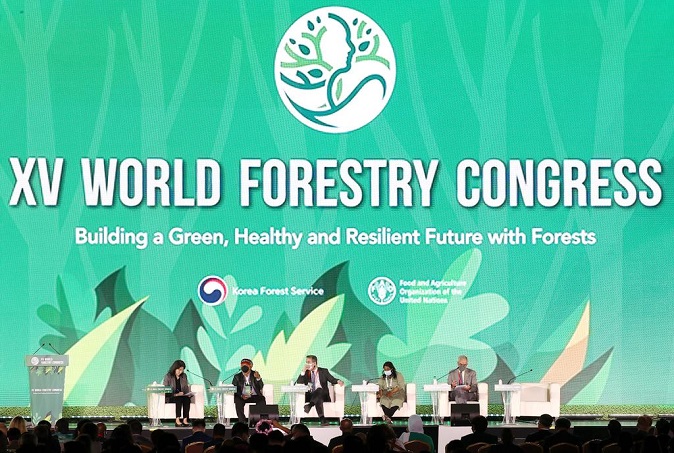 Greenpeace’s protest was aimed at telling the world about the excessive carbon emissions that have led to climate change, heightening the risk of forest fire, as well as the government’s biomass and forest development policies that are destroying the forests responsible for absorbing carbon.

Greenpeace sent an open letter to the transition team of President-elect Yoon Suk-yeol asking it to reduce the production of bioenergy, overhaul trade policies and introduce legal institutions to govern the inspection of the supply chain in order to prevent forest destruction and fulfill its vows made under international agreements for forest protection.