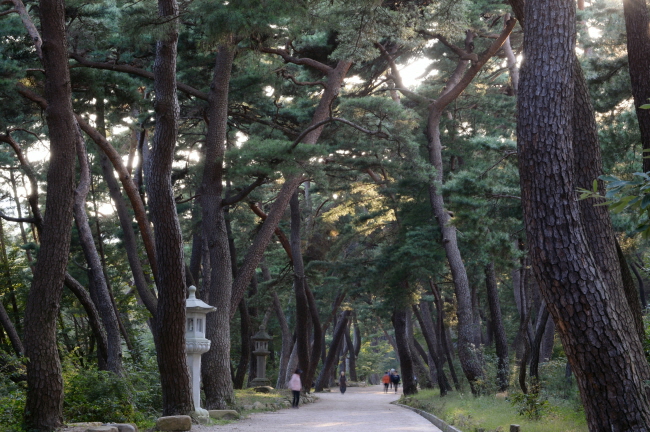 YANGSAN, Nov. 15 (Korea Bizwire) — A remote forest area known as “Mupunghansong-gil” was named the most beautiful forest in this year’s “National Beautiful Forest Contest” that evaluates the most scenic forests in the nation every year.

Contest organizers announced yesterday that the area located within the grounds of the famous Tongdo Temple in Yangsan, South Gyeongsang Province had won the top prize.

The contest, jointly hosted by the government (Korea Forest Service), civil society (Forest for Life), and a corporation (Yuhan Kimberly Ltd), was created to promote the importance of forestry in our lives. 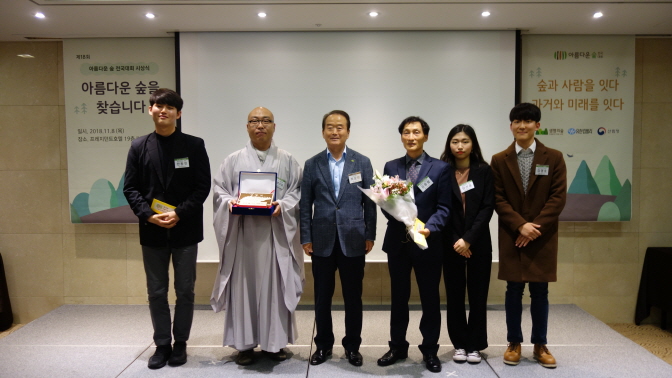 A total of eight forest areas were chosen as finalists after a round of paper screening, online voting and a site inspection. “Mupunghansong-gil” got its name because of its many century-old pine trees that are known to “dance” in the wind.

Tongdo Temple is one of the top three temples in the nation and was listed as a UNESCO World Heritage Site in 2018.