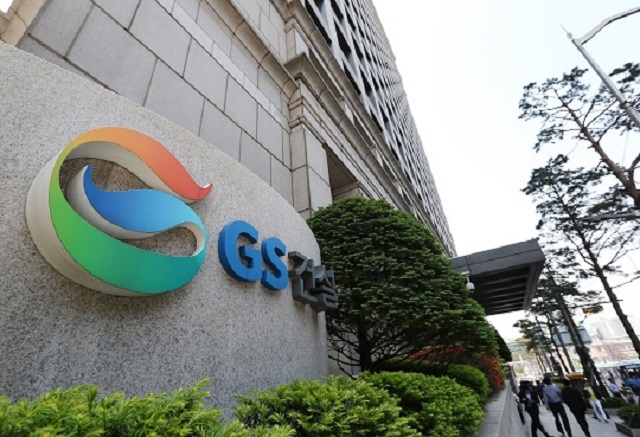 The energy-to-retail business group made the announcement as it joined a handful of other major South Korean conglomerates, like Samsung and SK, in rolling out the blueprints for the next five years following the launch of the new government of President Yoon Suk-yeol early this month.

GS will spend 14 trillion won for the small modular reactor (SMR), blue ammonia and other types of renewable energy power plants to speed up its transition to green energy, it said in a release.

A SMR refers to a lower-maintenance nuclear fission reactor that is smaller than conventional reactors. It is cited as a key power plant instrumental in achieving carbon neutrality in the long-term.

Blue ammonia is produced while capturing and storing the carbon dioxide emitted during the manufacturing process. Ammonia is also a feedstock for hydrogen, a key element that has emerged as a clean fuel.

GS will pour 3 trillion won into its retail service business to primarily expand its convenience stores in both domestic and foreign markets, and upgrade its logistics and IT infrastructure.

The remainder will be used to equip its construction business with eco-friendly and smart technologies.

The pledged investment will help create 22,000 new jobs in the country, up more than 30 percent from the annual average of 3,000 it hired for the last three years, according to GS.