Since its launch in December 2012, ScreenX technology has been adopted for a total of 15 Korean and Chinese films. But this would the first commercial Hollywood title that adopts the technology. (image: Yonhap)

The company announced that it will work with the American film production company “Let It Play” to make the ScreenX version of “We Kill Death.”

Developed with South Korean technology, ScreenX delivers a 270-degree experience by using two side screens in addition to the cinema’s existing main screen.

Since its launch in December 2012, ScreenX technology has been adopted for a total of 15 Korean and Chinese films. But this would the first commercial Hollywood title that adopts the technology.

It will be directed by Eric Brevig, best known for “Journey to Center of the Earth” and “Yogi Bear.” He was the visual effects supervisor of “Total Recall”, “Men in Black,” “The Lost Boys” and “Pearl Habor” and “The Maze Runner.”

“As a filmmaker, what I try to do is engage the audience in the stories that I’m telling. And I feel that ScreenX is a technology that allows me as the storyteller to immerse the audience better in the film that we’re telling. I fell in love with the ScreenX process when I saw a demonstration of it in Los Angeles and really wanted to see if that was something that we could use as we develop our next movie,” Brevig said during the 2016 CGV Movie Industry Media Forum at the CGV-Yongsan theater in Seoul. 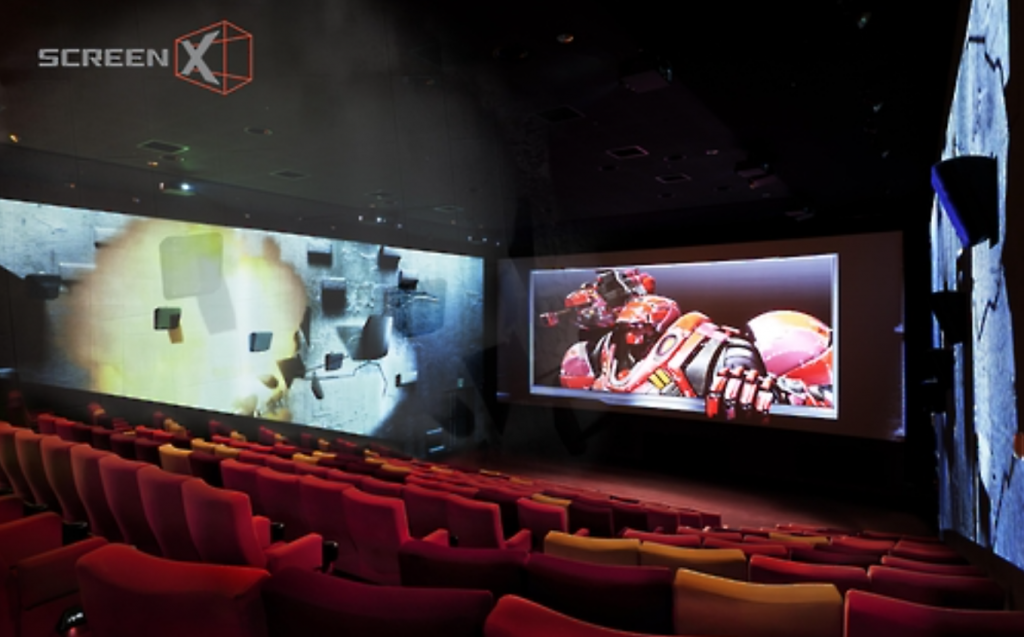 He expressed hope that the audience would really feel like they’re experiencing the adventure and suspense of the film’s characters as they watch it in ScreenX.

The Hollywood film will be simultaneously produced in 2D, 4DX and ScreenX formats for release in 2018.

CGV said it, with the film’s production as an occasion, will continue to expand the immersive technology to the United States and China.

The multi-screen theater unit of the Food and Entertainment giant CJ screened eight films at 107 ScreenX theaters in South Korea, China, the United States and Thailand to date in 2016.

The company said it plans to co-produce and release some 20 ScreenX titles at home and abroad next year. They include the Hollywood film “The Great Wall” directed by Zhang Yimou and starring Matt Damon, Jing Tian, Pedro Pascal, Willem Dafoe and Andy Lau; “Kungfu Yoga,” a Chinese movie starring Jackie Chan; and the Korean star director Ryu Seung-wan’s latest, “Gunhamdo.” It will star Hwang Jung-min, So Ji-seop and Song Joong-ki of the runaway hit TV series “Descendants of the Sun.