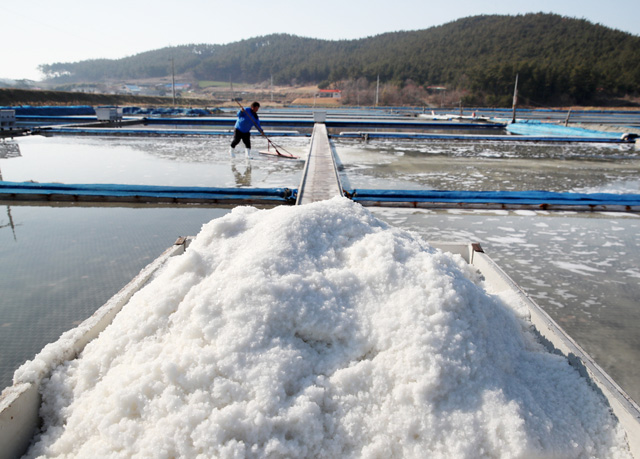 SINAN, Nov. 26 (Korea Bizwire) — Sinan County in South Jeolla Province has been engaged in a special experiment in which sun-dried salt is added to water and sprayed on crops.

This experiment turned out to have generated the effect of killing two birds with one stone. Namely, it contributed to enhancing pest control, while providing additional nutrition to crops.

The county announced on Wednesday that after a year of using sun-dried salt for the cultivation of garlic, onions, spinach, and pears, it found that the method had a significant effect in preventing damage by harmful insects. 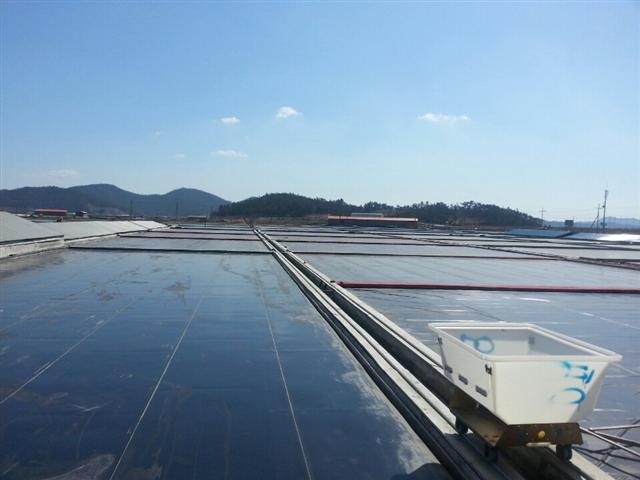 According to data from the Rural Development Administration, the spraying of sun-dried salt-added water into the cultivation area after diluting the density of the salt to an adequate level contributes to preventing powdery mildew by 81 percent and gray mold rot by 49 percent.

For fruits and vegetables such as tomatoes, this method contributes to boosting sugar content, while improving preservability.