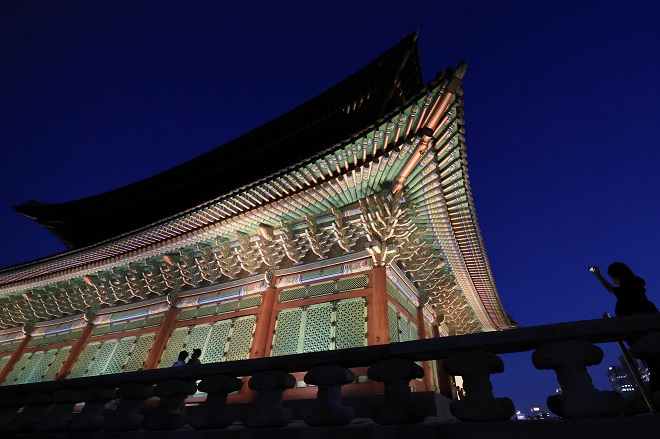 This photo shows a night view of Gyeongbok Palace in Seoul taken during a nighttime tour of the palace that began on Sept. 1, 2022, for the second half. (Yonhap)

SEOUL, Sept. 8 (Korea Bizwire) — Luxury fashion brand Gucci will hold a fashion show at a royal place in Seoul as planned in November, the company announced Thursday, more than a week after the event was known to have been canceled following controversy over improper use of another historical site in the capital.

“We will present the Gucci Cosmogonie collection at Seoul’s Gyeongbok Palace on Nov. 1,” the company said in a release.

Officials at the Cultural Heritage Administration (CHA) also said they are considering not to revoke an event that has already obtained approval from the administration’s advisory panel in charge of screening applications for the use of the country’s cultural assets.

Gucci’s announcement came 10 days after sources with the CHA said the fashion show was called off “because it was not easy to go ahead with the event” at a time when controversy arose over fashion shoots at the former presidential compound of Cheong Wa Dae. 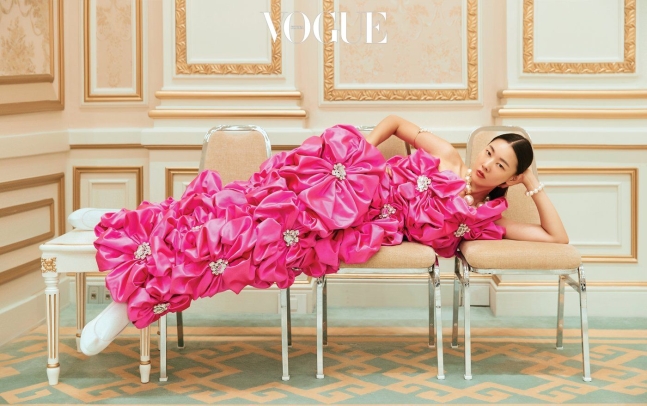 The CHA came under fire for allowing the fashion magazine Vogue Korea to take photos, some of them showing models striking sensual poses in flamboyant dresses, at various places inside the compound.

The photos triggered criticism from some figures from the former liberal government and netizens for “undermining national dignity” by using the historical place for fashion magazine shoots.

Cheong Wa Dae was the site of the presidential office and residence for over seven decades before President Yoon Suk-yeol relocated his office to Seoul’s Yongsan area in May as a way to get closer to the people.

Since then, Cheong Wa Dae has been open to the public, drawing nearly 1.4 million visitors as of the end of July.

According to the fashion show plan unveiled last month, Gucci applied for the use of Gyeongbok Palace, the main place of the Joseon Dynasty (1392-1910) in central Seoul, for the presentation of its creative director Alessandro Michele’s latest cruise collection inspired by the constellations.

Dubbed “Cosmogonie,” the fashion collection was first unveiled at Italy’s Castel del Monte, a 13th-century castle in Puglia’s countryside on UNESO’s world heritage list, in May.

The company has also submitted a plan to promote Gyeongbok Palace’s historical value “as a site where world-class astronomy was studied” and the theme of its collection through the new show, which the CHA approved on condition that historical facts should be verified with help from experts.