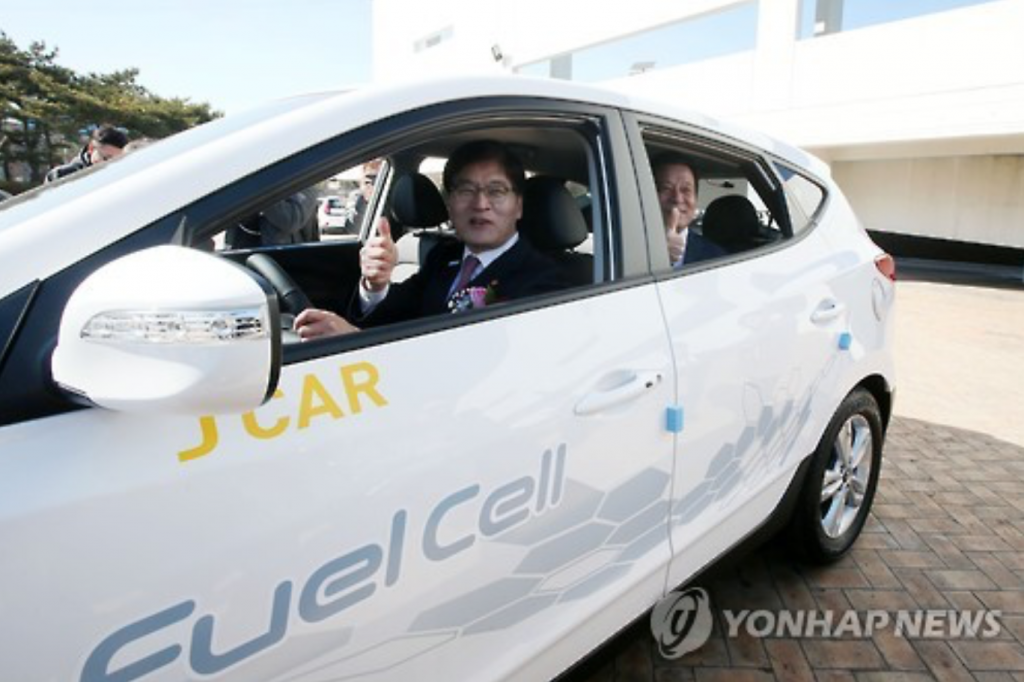 The ministry said there will be 15 hydrogen cars in the city, along with 27 pure electric vehicles (EVs). (image: Yonhap)

The environment ministry said the city 329 kilometers south of Seoul has been tapped as a testbed for the car-sharing endeavor, aimed at improving public awareness of the eco-friendly vehicles. An official ceremony to kick off the endeavor will take place on Monday, it said.

A fuel cell electric vehicle (FCEV) is a type of car which uses a fuel cell to produce electricity, powering its onboard electric motor. The fuel cells use clean hydrogen as an energy source.

The ministry said there will be 15 hydrogen cars in the city, along with 27 pure electric vehicles (EVs). The hydrogen cars to be used are the Tucson ix that has a range of 415 km on a single charge. The EVs to be employed are the new Hyundai Ioniq and Soul electric by Kia Motors Corp. The Ioniq can travel 191 km, with Soul being able to move 148 km without recharging.

“If the feasibility is proven, more clean cars will be used in the city starting in 2018, with the program to be extended to nearby regions,” an official said.

The ministry said that it provided subsidies to Gwangju to use the FCEV. It predicted that people wanting to go on long trips will favor the hydrogen-fuel car, while those interested in short commutes likely opting for the EVs.