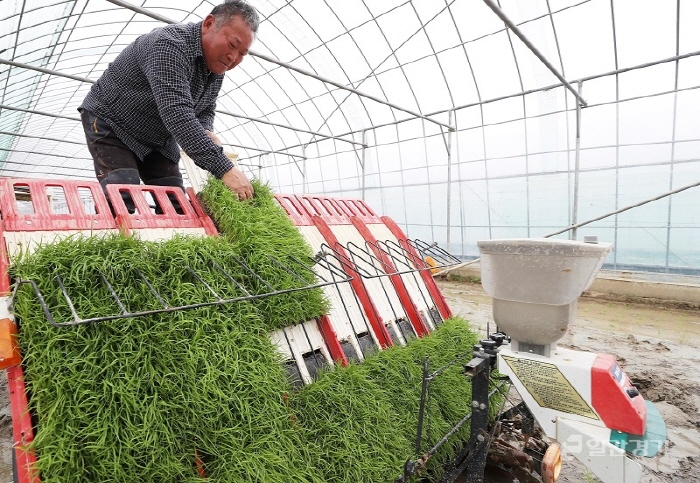 SEOUL, Jun. 7 (Korea Bizwire) — As the thermometer inches up every day, medical experts say elderly farmers in the countryside should be more alert and careful.

According to statistics published domestically, 74.2 percent of heat-related illnesses in people over the age of 65 occurred outdoors in the field or on the road. The supporting statistical data was collected between 2011 and 2016.

Despite this reality, 75 percent of senior citizens who work on farms outdoors were still prone to the dangers of higher temperatures, and did not rest sufficiently.

This data was based on a study published by a medical team from Dongguk University that surveyed 90 elderly farmers to measure their awareness of heat-related sicknesses.

According to one-on-one interviews that were performed for the survey, 71.1 percent of respondents said they started work from 9 a.m. before the onset of heat.

But 22.2 percent and 6.7 percent also said they worked during the day between 9 a.m. and 3.p.m., and from 3 p.m. onwards, respectively, when the sweltering sun is hottest.

The biggest problem, according to the study, stemmed from the fact that the elderly population was not fully aware of the extent of illness that could result from working in the heat.

Among the elderly respondents, 58.9 percent said that “drinking alcohol during work” could help prevent heat-related sicknesses, which is untrue. In actuality, 17.8 percent of respondents did drink alcohol during field work.

Another 37.8 percent also claimed incorrectly that darker clothes (compared to lighter ones) could help prevent sickness, while only 20 percent knew that the continuous intake of salt is necessary as working outdoors causes much perspiration.

The study also revealed that 27.5 percent continued to work even after a heat wave warning was issued, while 14.4 percent said that they had discontinued work after suffering from heat stroke.

Despite these facts, only three people received medical treatment for heat stroke. The research team stated that elderly farmers must be careful when they are working in the field.

“Taking into consideration heat warnings, they should take regular, longer rest breaks” to prevent getting sick from heat-related illnesses.