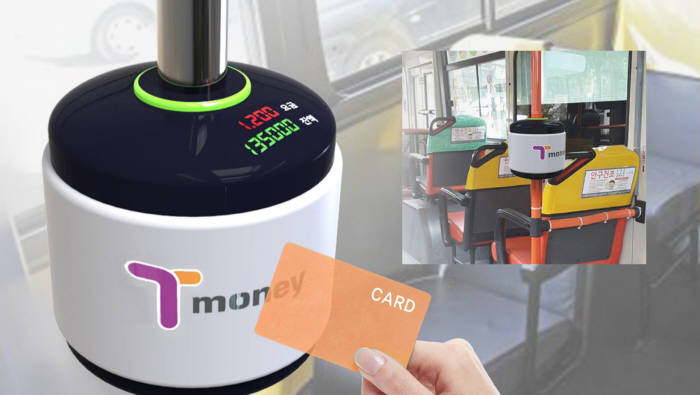 Unlike conventional rectangle-shaped readers, the 360˚READER is cylindrical, allowing users to tap their cards from all directions. (image: Gyeonggi Province)

SUWON, Aug. 31 (Korea Bizwire) – Gyeonggi Province announced the 20 finalists of its 10th Public Design Contest Exhibit on Monday. This year’s exhibit focused on ‘Service Design’ projects that sought for the obstacles and difficulties faced by ordinary people, and suggested ways to improve their overall satisfaction levels.

Unlike conventional rectangle-shaped readers, the 360˚READER is cylindrical, allowing users to tap their cards from all directions. Designed by college student Si In-young from Konkuk University, the evaluators praised the device’s accessibility and convenience for children and the elderly. The design could also help ease congestion in crowded buses with everyone trying to tap their cards from different directions. 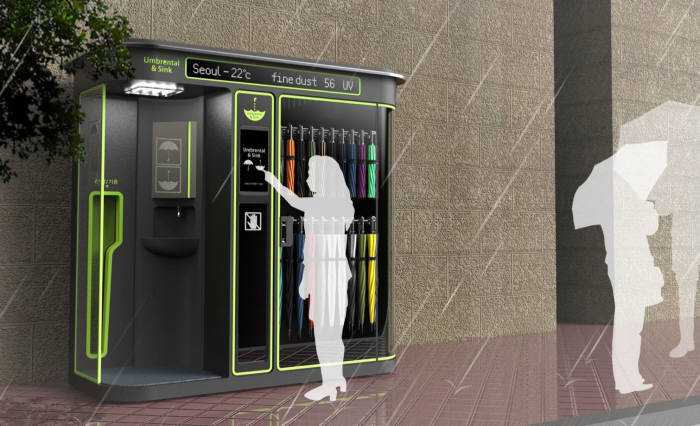 The Umbrental & Sink is an umbrella rental booth that raises awareness of environmental and economic damages from umbrellas getting lost and wasted, whereas the Public Sporting Instrument for the Disabled was designed specifically for those with disabilities to help them enjoy simple stretching exercises at public parks.

The total disbursed in cash prizes for this year’s competition was 16 million won ($14,300), with the grand prize winner and first prize winners receiving 3 million and 2 million won, respectively. The designs by the 20 finalists will be displayed at the 2016 Gyeonggi Architecture Cultural Festival, from October 7 to October 9.

“The ideas presented by the participants helped prove the potential of design to provide convenience in a wide range of public sectors,” said a provincial official.