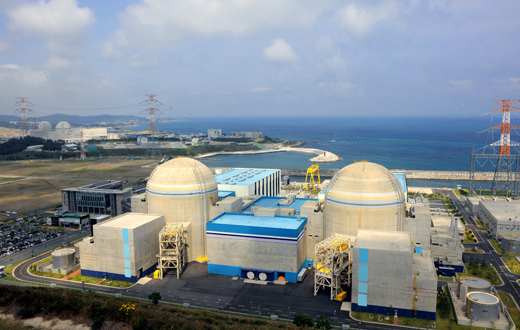 A hacker who had posted inside information on South Korea’s nuclear power plants demanded money in exchange for not handing over sensitive information to third countries. (image: Korea Hydro & Nuclear Power Co.)

SEJONG, Mar. 12 (Korea Bizwire) — A hacker who had posted inside information on South Korea’s nuclear power plants made a fresh threat Thursday, demanding money in exchange for not handing over sensitive information to third countries.

Using an account under the name of the president of an anti-nuclear group in Hawaii, the hacker posted additional files on Twitter, which reportedly included documents concerning the country’s indigenous advanced power reactor 1400.

The hacker did not say how much money he wanted but warned that South Korea will end up losing much more if it tries to save a few hundreds of millions of dollars.

Officials from the Korea Hydro & Nuclear Power Co. (KHNP) said they have not yet been able to determine the nature or sensitivity of the released documents as safety protocol was blocking the downloading or opening of the files.

The latest posting marked the fifth of its kind since Dec. 15.

Until Thursday, the hacker had demanded the state-run KHNP shut down some of the country’s nuclear reactors, threatening to “bring destruction” to the power plants unless the demand was met before Christmas.

Nothing happened on or after Christmas, and the KHNP insists the hacker could not have obtained any classified information as its internal server has been completely isolated since early last year.

In the latest posting, the hacker “congratulated” the KHNP for finding 7,000 viruses but claimed 9,000 more were awaiting his or her order.

The information released Thursday reportedly included the transcript of a telephone conversation between President Park and the U.N. chief, Ban Ki-moon, on Jan. 1.