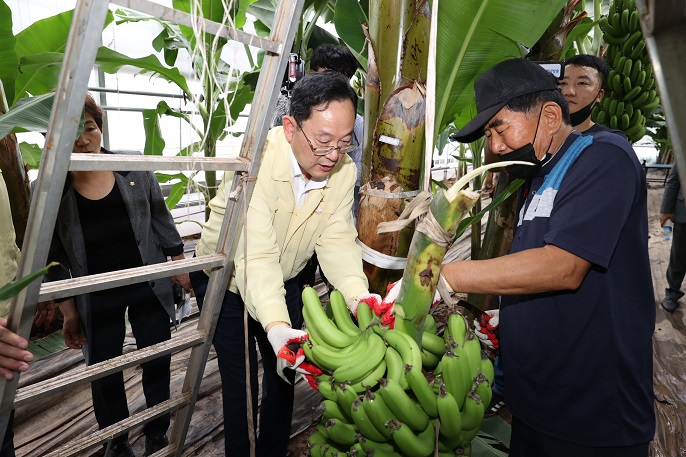 HAENAM, Aug. 14 (Korea Bizwire) — South Korean farmers have harvested the first bananas ever to be grown in the country’s southern region.

Haenam County in South Jeolla province held a banana harvesting ceremony at a local farm on Thursday, as it plans to harvest 12 tons of bananas from 0.4 hectares of land operated by two farms.

The county plans to expand the number of greenhouses for bananas to cover one hectare of land, and raise annual production to 25 tons. 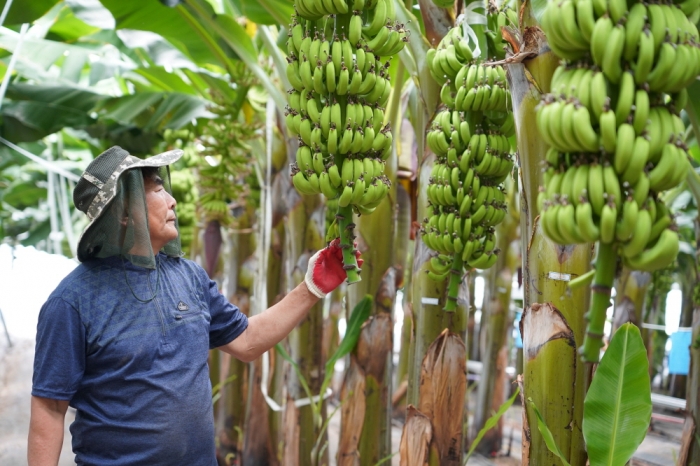 They have been grown using eco-friendly agricultural techniques that don’t require sterilization, gaining favor of consumers over foreign products.

Bananas currently account for more than 50 percent of all imported fruits, but only 0.3 percent of them are domestically grown.

Haenam County is home to producers of a variety of subtropical fruits, such as figs, kiwis, oranges, and bitter gourds across 125 hectares of land, which is the largest area devoted to such crops in the South Jeolla Province.