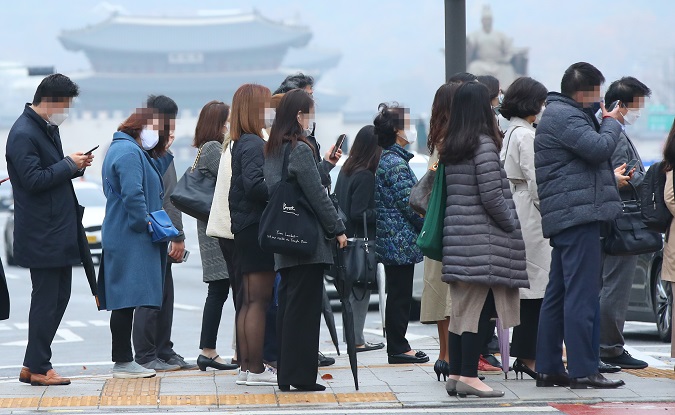 SEOUL, Nov. 20 (Korea Bizwire) – Half of all South Koreans believe that getting infected with the coronavirus depends primarily on luck.

A research team from Seoul National University’s Graduate School of Public Health conducted a survey of 1,076 adults across the country.

Respondents were asked if coronavirus infection was deterministic or depends on luck, and the researchers compared the results with a similar survey carried out in May.

The results showed that, over the past six months, more people began to believe that infection depends on luck (37.5 percent to 46.1 percent), or that what’s bound to happen will surely take place (38.1 percent to 46.8 percent).

Younger age groups tended to lean towards fatalism when it came to coronavirus infection.

Respondents were less likely to believe now that no one can stop the infections even if they are careful compared to original survey in May (67.8 percent to 61.7 percent).

The research team warned of a possibility that such beliefs would undermine efforts to follow quarantine restrictions and regulations.

While people still tend to believe they won’t get infected, the perception has increased from the survey in May, when only 6.5 percent of respondents under the age of 40 and 9.7 percent of those over 50 thought they were likely to get infected.

“Optimism is at work in which people believe they themselves won’t get infected,” said Prof. You Myung-soon from Seoul National University’s Graduate School of Public Health. “But everyone is vulnerable in the face of the pandemic.”