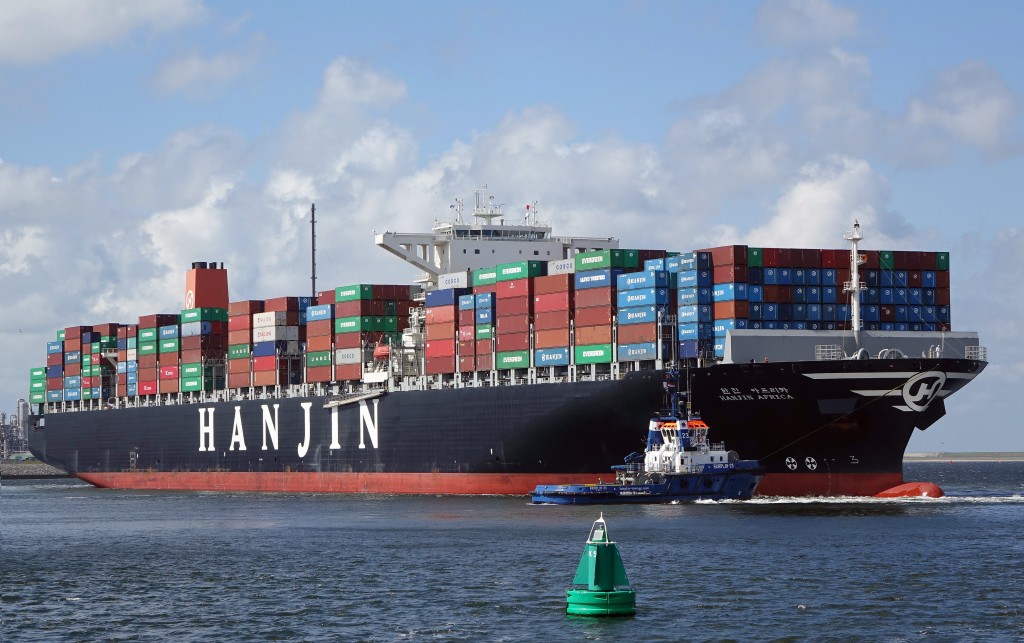 Hanjin Shipping’s receivership earlier this month sent ripples through global shipping flows with more than half of its ships stranded at sea out of fears that they may be seized by its creditors. (image: Wikimedia)

Cho Yang-ho, chairman of the logistics conglomerate, has pledged to provide some of his private assets to help the country’s No. 1 container ship tide over the current crisis.

Hanjin Shipping’s receivership earlier this month sent ripples through global shipping flows with more than half of its ships stranded at sea out of fears that they may be seized by its creditors.

But it is still unclear whether the shipper’s largest shareholder, Korean Air Lines Co., will be able to provide 60 billion won in cash to its embattled affiliate as its board of directors demand collateral for the cash injection.

Also, the local business community is voicing concerns that it is inappropriate for Korean Air Lines to be put under pressure to shoulder additional financial burden to rescue a court-managed company.

The 54-year-old Choi, the wife of the late Cho Su-ho, the younger brother of Hanjin Group chairman Cho Yang-ho., took over the management of Hanjin Shipping in 2006 after her husband’s death and served as its chairwoman until April 2014 before handing over the control of the world’s seventh-largest shipper to Hanjin Group.

She has been under fire for allegedly mismanaging the world’s seventh-largest shipper for the past few years, whose demise has sent a blow to global shipping.