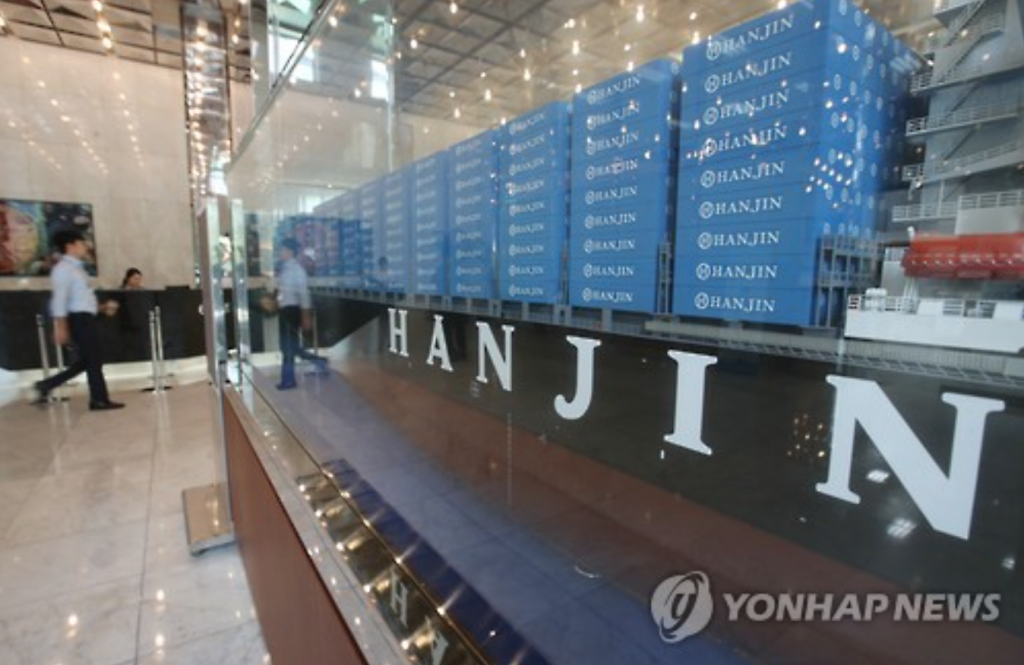 Of 97 Hanjin Shipping carriers available, only 36 are operating normally, with the remaining 61 in abnormal status. Out of the 61, 47 are standing by on the high seas, while 12 are banned from loading and unloading at ports in dozens of nations, according to the government. (image: Yonhap)

SEOUL, Sept. 6 (Korea Bizwire) – Hanjin Group, the parent for the cash-strapped shipper Hanjin Shipping Co., on Tuesday said it plans to provide some 100 billion won (US$91 million), including 40 billion won of group Chairman Cho Yang-ho’s private assets, to its ailing shipping affiliate to ease the deepening shipping chaos triggered by the near collapse of the country’s No. 1 container shipping line.

The conglomerate said it will provide its stakes in overseas terminals, including the one in Long Beach, California, as collateral. But it is not unclear whether the assistance pledged by Hanjin Group will resolve the cargo crisis, and the government and its creditors, led by the state-run Korea Development Bank, will offer new financial help.

Following the news, Hanjin Shipping was trading at 1,290 won on the Seoul bourse as of 1:30 p.m., up 21.03 percent from the previous session’s close. The shipper crashed by 14 percent on Monday out of concerns that it may be eventually liquidated.

Of 97 Hanjin Shipping carriers available, only 36 are operating normally, with the remaining 61 in abnormal status. Out of the 61, 47 are standing by on the high seas, while 12 are banned from loading and unloading at ports in dozens of nations, according to the government.

The shipper plans to seek stay orders in over 40 countries to prevent its ships from being seized by its creditors.

The creditors have offered to provide fresh financial aid to Hanjin Shipping in return for mapping out a stronger self-rescue plan, but both sides have failed to narrow their differences.

Earlier in the day, the ruling Saenuri Party also pressed the country’s 10th-largest conglomerate to do more to keep the embattled affiliate afloat, promising that low-rate loans will be extended in return for collateral.

On Sunday, the South Korean government said it would take a set of additional measures to ensure there are no delays or disruptions to the flow of cargo caused by the Hanjin fiasco.

Four Hyundai ships will replace Hanjin’s American region fleet, and nine other ships will be used on the European route, it said.

A local court has ordered the shipper to submit its self-rehabilitation plan by Nov. 25.

Since 2011, Hanjin Shipping has suffered losses. Last week, the creditors rejected Hanjin Shipping’s self-rescue plan worth 500 billion won, saying it is far short of cash needed to save the shipper.