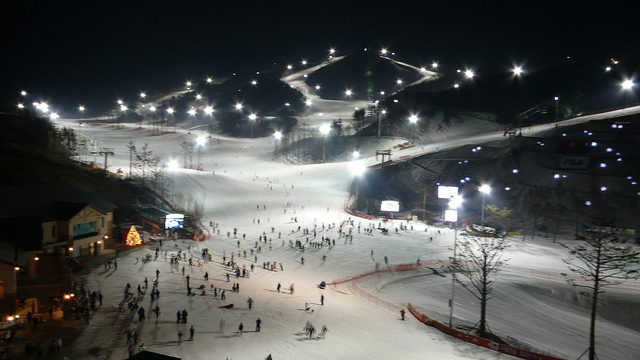 Earlier, 220 visitors from Xingyue including the officials’ family members spent three days at the resort to inspect the site.(image:Mun Seop Jeong/flickr)

SEOUL, Dec. 9 (Korea Bizwire) — Hansol Development, the company running the Oak Valley resort in Gangwon Province, is trying to attract 400 billion won investment from a Chinese investor. The company said on December 8 that it is presently negotiating with China’s Xingyue Group to sell part of its 14.21 million square meter site near the province’s Wonju. Currently the Hansol Group company has developed only a half of the site within the resort and wanted to sell a 2.64 million square meter site to the Chinese engine manufacturer.

Earlier, 220 visitors from Xingyue including the officials’ family members spent three days at the resort to inspect the site. The Chinese manufacturing group plans to build an upscale resort complex including a country club, a ski resort, and a luxury hotel.

A Hansol Group official said, “We expect significant employment creation effects from Xingyue Group’s investment and that’s why the Gangwon provincial government is keenly interested in the deal. By being involved in the resort development process, we may be able to get a chance to leapfrog into the global stage.”

According to a study by a Sangji University research team commissioned by the company and the provincial government, the Xingyue investment will likely create production and income inducement effects of 458.3 billion won and 115.6 billion won, respectively, and employment creation effects of 4,482 jobs.

From the perspective of the investor as well, this is a worthy investment project given the proposed construction of a highway linking Wonju with Pyeongchang, the site of the 2018 Winter Olympic Games, and the tourism development projects currently under way within the province.

In relation to the investment, Xingyue Group is asking the government to designate the area as eligible for immigrant investor programs. Currently the areas qualified for immigration by real estate investment include Jeju Island (in February 2010), Pyeongchang Alpensia, Gangwon Province, YeosuDaekyung Island, South Jeolla Province, Yeongjong Island, Incheon, and Haewundae Tourist Resort and East Busan Tourism Complex, both in Busan.

A provincial government official said, “Whether Xingyue will get the status is totally up to the Ministry of Justice and we have no other way but wait for results. But we expect positive results would be out given our strong desire and several precedents in the past few years.”

Meanwhile, Hansol Development plans to use the proceeds from the deal to improve its financial standing. A Hansol Group official said, “The 400 billion won that Xingyue Group promised to invest includes the purchase price for the site. But we can’t reveal the exact price for the transaction as the talks are currently under way.”