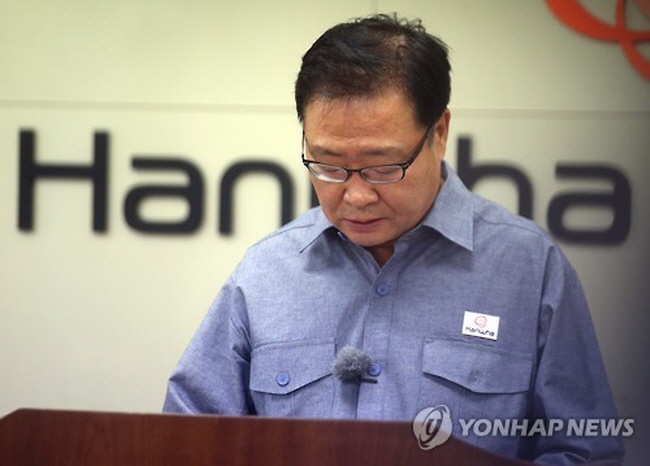 ULSAN, Jul. 6 (Korea Bizwire) — Hanwha Chemical is acting fast to recover from the Ulsan chemical plant explosion that killed 6 people on July 3, as the company promised the maximum compensation possible and quickly stopped operating production lines at the plant.

Kim Chang-bum, CEO of Hanwha Chemical, publically apologized for the tragedy, and ordered safety inspections for all of the company’s plants.

Some speculate that the quick moves are reflecting a recent wave of appropriate disaster control measures taken among Korean major companies that have learned from Korean Air’s nut rage case.

Lee Boo-Jin, CEO of Hotel Shilla, decided to stop operations at the Shilla hotel in Jeju after a guest tested positive for the MERS virus last month.

Lee then quickly travelled to Jeju to discuss further measures to prevent the spread of the virus from the hotel.

Lee Jae-yong, vice-president of Samsung Electronics, also apologized publicly for the further spread of the MERS virus from patients and workers at Samsung Seoul Hospital in a June 23 press conference.

Lee was said to have delivered a sincere apology.

An individual from major company representatives in Korea said that Korean companies have learned how to take on disaster control policies while witnessing the fall of the former vice president of Korean Air, who had her problems snowball after being reluctant to apologize for her inappropriate actions at the beginning of the nut rage case.