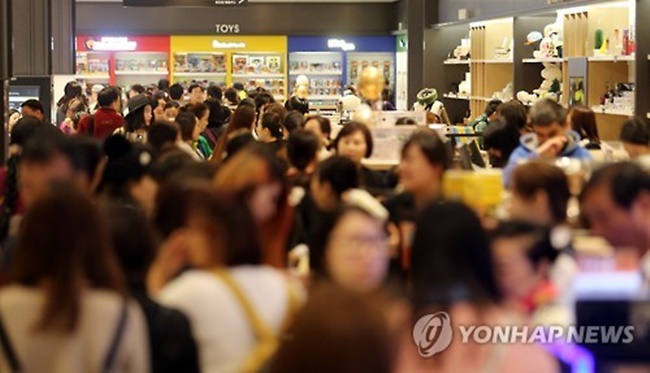 SEOUL, July 3 (Korea Bizwire) – Hanwha Galleria Timeworld Co., a local duty-free operator, said Monday the company will pull out of a local airport next month amid a sharp drop in the number of Chinese tourists.

In a regulatory filing, the duty-free operator said its store at Jeju Airport will shut down Aug. 31, following a consultation with the Korea Airports Corp. Its duty-free business license at the airport was originally valid till April 2019.

The company cited the early lease termination with the airport operator due to a deficit as the reason for the withdrawal.

Hanwha Galleria Timeworld, which opened the duty-free store in 2014, has been struggling with the drop in the number of tourists after Beijing banned the country’s travel agencies from selling Korea-bound package tours beginning in mid-March in an apparent retaliation over the deployment of the Terminal High Altitude Area Defense in South Korea.

The Chinese accounted for 46.7 percent of all tourists coming to South Korea last year.

In the April-May period, the duty-free operator’s monthly sales hovered below the 2 billion-won (US$1.74 million) mark.

The retailer request to cut the rent, which is around 25 billion won a year, is known to have been rejected by the airport operator.