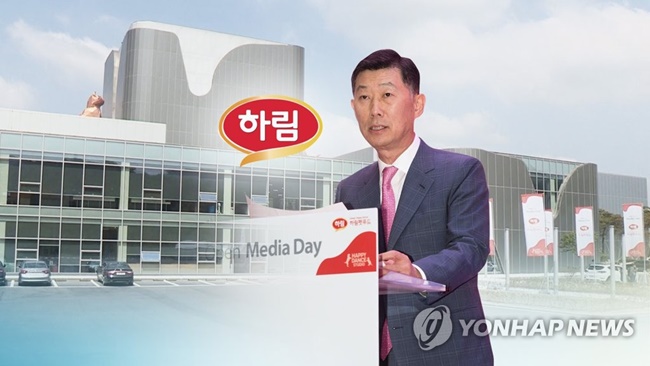 Harim Group announced plans to invest 179 billion won into building an animal-friendly poultry processing plant, and additional facilities in Iksan in North Jeolla Province, a move which the company claims will address changes in the consumer market and create job opportunities. (Image: Yonhap)

SEOUL, Sept. 29 (Korea Bizwire) – South Korean poultry giant Harim Group is set to build a smart factory in Iksan, in an effort to protect and improve animal welfare in a country that has been hit with a series of bird flu outbreaks in recent years.

Harim Group announced plans to invest 179 billion won into building an animal-friendly poultry processing plant, and additional facilities in Iksan in North Jeolla Province, a move which the company claims will address changes in the consumer market and create job opportunities.

According to plans revealed by Harim, some 126.2 billion won will be injected into machinery, 50.2 billion won for construction, and 1.6 billion won to improve working conditions for the proposed plant in an industrial complex that is 135,000 square meters in size.

The move comes in response to growing demand among South Korean consumers for different cuts and types of chicken products, as well as criticism against the poor conditions of poultry farms that have been linked to a number of major bird flu outbreaks in the country.

With the growing number of single-person households, and an increasing number of people who enjoy eating and drinking alone, different consumption patterns have emerged.

As growing pet ownership has also contributed to a more awareness of animal rights among the public, Harim’s latest move to build an ethical poultry processing plant which comes with gas slaughtering systems to minimize pain and an auto chilling system will see the company try to kill two birds with one stone.

The length of time for cooling will be automatically controlled to optimize the taste of chicken products, while the hiring inspector will have a veterinarian license.

When the smart factory is complete at the end of next year as planned, it is expected to create over 100 new jobs as well as 100 billion won worth of work for subcontractors and other business partners every year.

Along with the construction project, the number of affiliate farms is also set to be increased from 650 to 800, with the average profit projected to surpass 200 million won.

“By 2020, we hope to raise the share of seasoned and various cuts of chicken products from 21 percent to 35 percent as a way of improving business models and sales,” one official at Harim Group said.