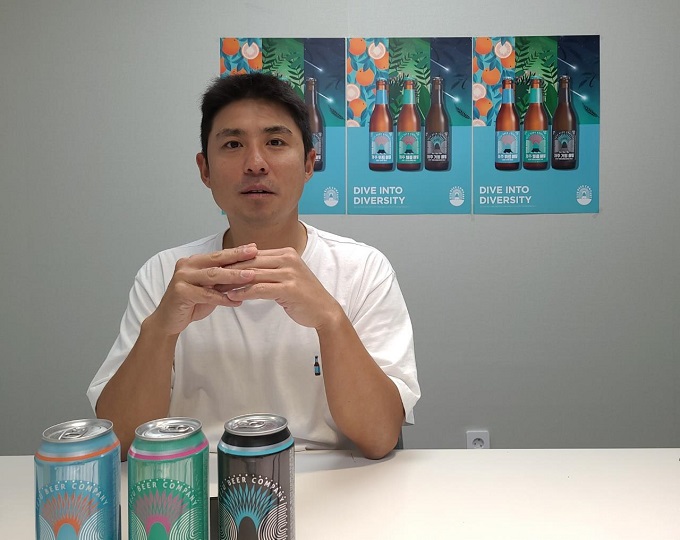 Moon Hyuk-kee, founder and CEO of Jeju Beer, answers questions during an interview with Yonhap News Agency at the company’s headquarters in central Seoul on Aug. 30, 2021. (Yonhap)

Jeju Beer, whose brands launched in 2017, has introduced three major ale beer products in the domestic market and recently began to export them to European markets, such as Germany, Britain and France.

“We expect double-digit sales growth this year from a year earlier, helped by changing market demand for beer and overseas sales of our products,” Moon Hyuk-kee, founder and CEO of Jeju Beer, said in a recent interview with Yonhap News Agency.

Jeju Beer’s entry to the Korean outlets of U.S. retailer Costco Wholesale in June will also help its sales for the year, he said, adding Jeju Beer products will be available at Costco’s British outlets within this year.

In the January-June period, its sales already jumped 29 percent to 17.8 billion won from 14.1 billion won a year earlier.

“The previous liquor tax system for beer was a major obstacle to do business but the policy change reduces the cost of higher value beers in the market and offers a level playing field for local beer companies,” he said. 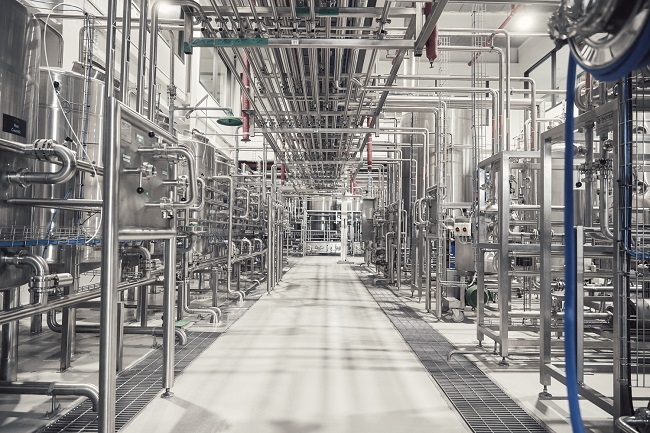 Last year, South Korea implemented the revised tax system on beer for the first time in half a century in a move to address imbalances in taxes between imported and domestic beer.

The change — the first since 1968 — calls for a tax system based on volume rather than an ad valorem, a charge levied on prices of beer.

Any beer — regardless of production costs or retail prices — is subject to 830.3 won (72 cents) per liter liquor tax under the revised tax system.

The previous ad valorem tax allowed imported beer brands to pay lower taxes than their South Korean competitors, an imbalance that has led to an increased share of imported beers in South Korea in recent years.

As for shipments to Europe, the CEO said, “Sales of Jeju Beer products fully depend on the capability of its importing partners there but there is a growing interest in Korean beer due mainly to the popularity of K-pop sensation BTS.”

South Korea sees K-pop and the broader Korean Wave as soft power that can appeal to young people around the world and increase its relevance to them.

Jeju Beer said it plans to set up a subsidiary in Vietnam, the biggest producer and consumer of beer in Southeast Asia, in 2022 to make a presence in global markets. 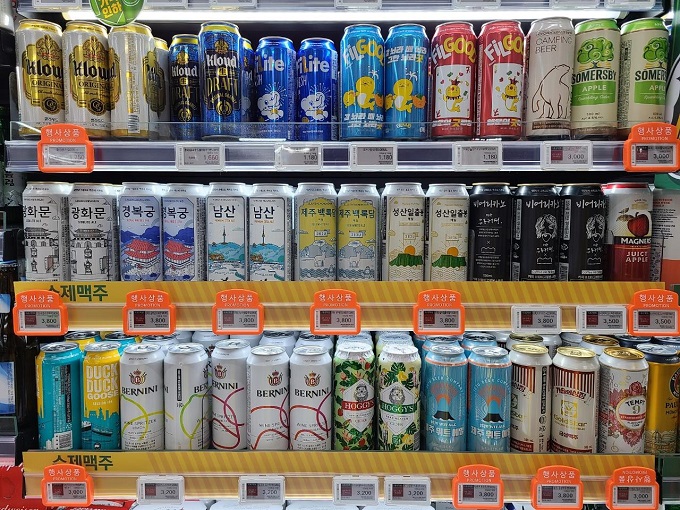 This photo taken on Aug. 31, 2021, shows craft beer products on the shelves of a GS supermarket outlet in Seoul. (Yonhap)

Craft beer makers account for 25 percent of the U.S. beer market, while the proportion stands at a mere 3 percent in South Korea.

“It means the Korean craft beer market has room to grow eightfold (in the next decade) compared to the U.S. market,” Moon said.

Jeju Beer, listed on the tech-heavy KOSDAQ market in May, has invested a total of 60 billion won in its brewing facility on the southern resort island of Jeju.

The company does not have additional investment plans for the time being as the country’s beer-producing capacity already exceeds demand.

“There are about 150 craft beer brands in Korea. They need to take a similar path by making investments in automation to achieve the economies of scale and compete with import rivals,” Moon said.