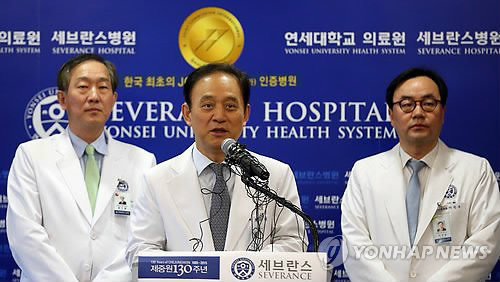 Jejungwon was the first modern hospital in Korea, and was inaugurated during the Joseon dynasty in 1885. (image: Yonhap)

In a briefing session explaining the physical condition of Ambassador Lippert on March 9, Severance Hospital publically announced that “Jejungwon is the ancestor of Severance Hospital”, and elaborated on the relationship between the hospital and the State of Ohio, where the ambassador hails from.

Jejungwon was the first modern hospital in Korea, and was inaugurated during the Joseon dynasty in 1885. King Gojong established the institution as the first national hospital, at the request of Doctor Allen.

It is reasonable for Severance Hospital to argue that it is Jejungwon’s legitimate successor, as it was established at the request of Allen, and run by American missionaries.

However, Seoul National University Hospital is countering Severance’s argument by saying that as Jejungwon was the first ‘national hospital,’ it and other national hospitals should be considered as the true successors of Jejungwon.

Under this climate of discord, Severance Hospital had a chance to publically announce that it was the heir of Jejungwon in the wave of publicity following its care of Ambassador Lippert.

Given the circumstances, Seoul National University Hospital could not remain silent. An official at the national hospital said, “We agree that Doctor Allen contributed significantly to the establishment and operation of Jejungwon. However, we cannot agree to Severance’s argument saying that it is the successor of Jejungwon.”