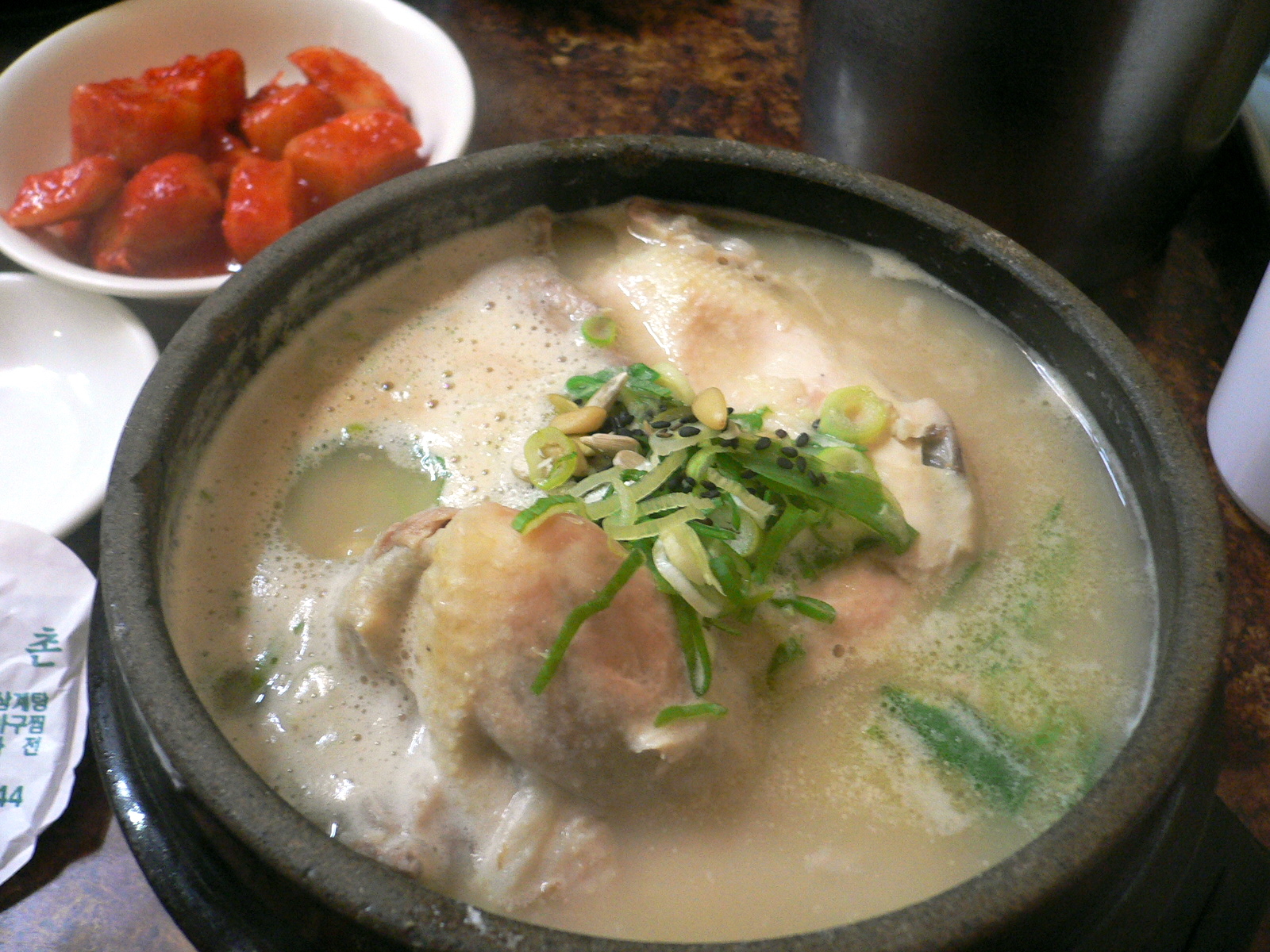 Samgyetang is a traditional chicken soup made with a whole young chicken stuffed with ginseng, sticky rice and garlic. It is widely recognized in the country as an energy-boosting meal during the summer months. (image: Wikimedia)

The entire country has been hit by scorching weather over the past two weeks, with daytime highs soaring above 38 degrees Celsius in Seoul and most other regions.

According to major online shopping mall Gmarket, the sales of chicken and duck, the main ingredients for soups eaten to boost stamina, surged 57 percent on-year and 167 percent on-year, respectively, between June 19 and July 18. One such food commonly eaten in hot summer weather is “samgyetang,” a traditional Korean soup made with a whole young chicken stuffed with ginseng, sticky rice and garlic.