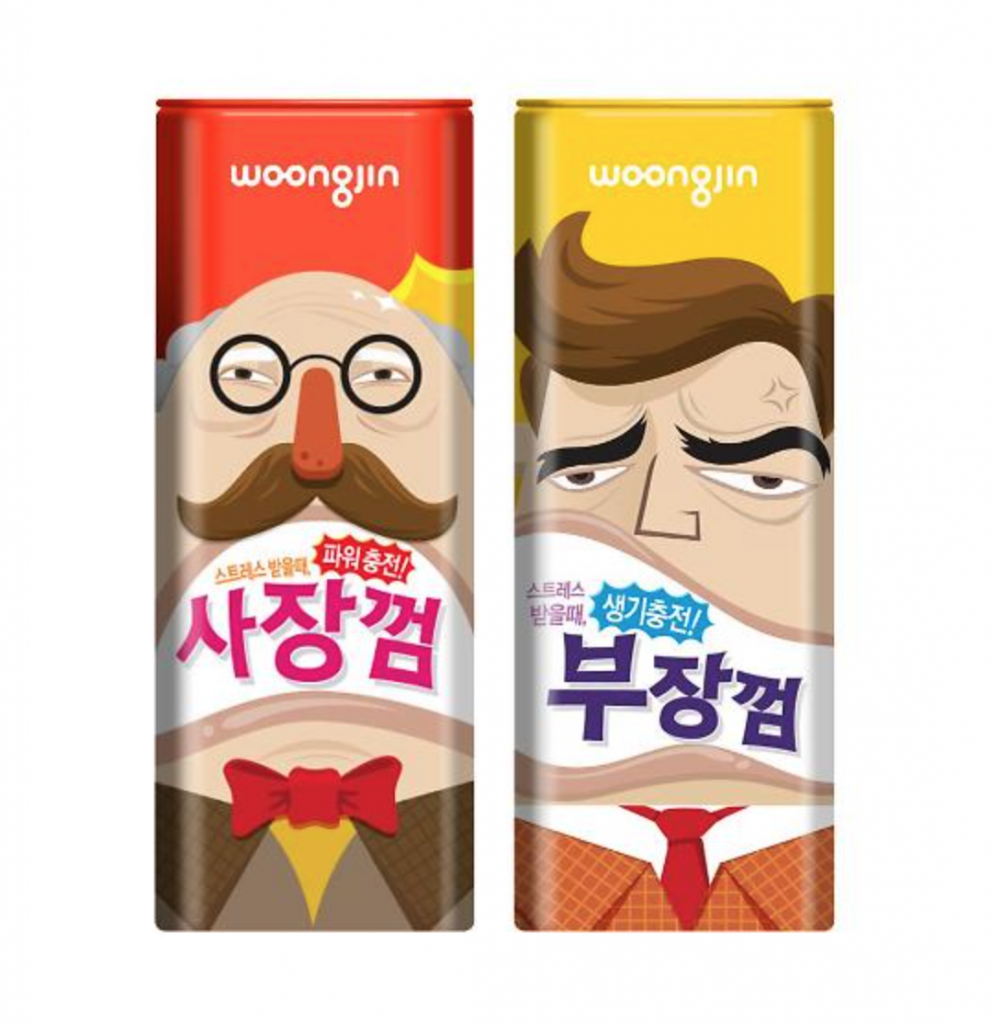 SEOUL, Jan. 17 (Korea Bizwire) – Ssipda in Korean means to chew, and at the same time, it can be a homophone of a slang word for “badmouthing” somebody, but with a slightly stronger tone.

Woongjin Food has just introduced two chewing gum products literally called “CEO” or “boss” that consumers can “Ssipda” (chew) on, with the pun very much intended.

According to Woongjin, chewing on the new gum might help them to “refresh themselves and escape from their suffocating livelihood.”

The flavors of the new products are relatively common. The Sajang Gum has a strong minty flavor with taurine and guarana extract as its main ingredients, while the Sangsa Gum is sweet and sour with vitamin C and lactic acid.

Interestingly though, the packages have cartoon depictions of what consumers might associate with CEOs and their bosses.

The reactions have been mixed so far, with some praising Woongjin’s creative marketing campaign and others finding the products’ names rather uncomfortable.

In an interview with Yonhap News Agency, an unnamed office worker said the names feel like they’re insulting company executives. “I’m not sure if they had to go this far to market their products,” he said.

An official from Woongjin Food said that the idea for the products came from one of its employees during an in-house idea competition.

The products are the first chewing gums that were independently planned and developed by Woongjin since its acquisition of original equipment manufacturer Daeyoung Foods in 2014.