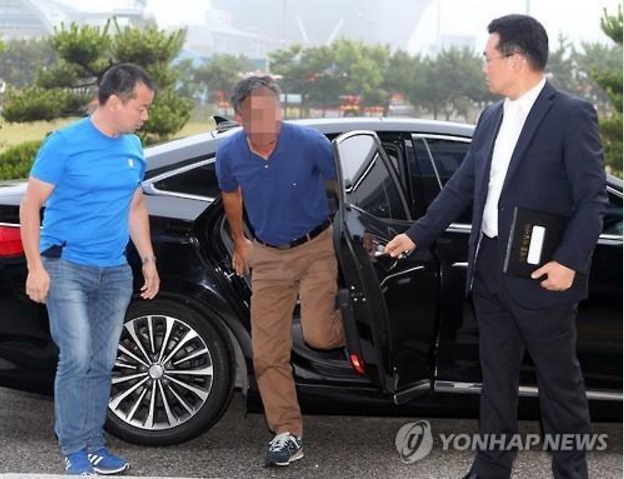 Lee, as the only Korean crewman on board, was walking a tightrope between two Vietnamese murderers and 13 Asian crewmen who were holding each other in check. (image: Yonhap)

When two Vietnamese crewmen decided to attack the captain, a 50-year-old sailor named Lee was taking a break in a cabin room. When he rushed to the steering house after hearing about the murder, he was devastated. The captain, who he had just talked to, had been stabbed many times, and lay in a pool of blood.

Lee followed first aid procedures, but the captain had already lost too much blood.

As Lee was leaving the steering house, he encountered one of the Vietnamese aggressors named V, who was still holding a knife. V, who was also covered with blood, seemed to have lost control, and gestured for Lee to attack him first. Lee stepped back for a second when he was threatened, but then quickly grabbed V’s hand and stepped on his foot to knock him down.

V’s partner in crime, another Vietnamese crewman named B, came back to the steering house after killing the chief engineer in the engine room and attacked Lee.

Lee, who is a master of martial arts, finally got the assailants under control after a rough fight. Lee hid their knives in the steering house to prevent any further attacks.

Other crewmen locked themselves in the storage room or cabins immediately following the attack.

Apart from the captain and engineer who were killed, Lee was the only Korean crewman on board. If he were to lock or tie up the two Vietnamese, he thought other Indonesian or Vietnamese crewmen might take offense or start a revolt. Hence, he had these crewmen watch over the suspects.

Lee was also concerned with the fact that it was going to take at least four days to reach the Port of Victoria in Seychelles, which was located approximately 1,000 km away from where they were. As the suspects were free to move, they showed no abnormal behavior.

Lee had almost no sleep during those four days as he was steering the ship in the steering house, while keeping an eye on everyone since the suspects could rise up again along with other sailors at any moment.

He dumped all the alcoholic beverages on board into the ocean, because the murder took place right after crewmen had drinks together.

Lee, as the only Korean crewman on board, was walking a tightrope between two Vietnamese murderers and 13 Asian crewmen who were holding each other in check.

He was in constant communication with the coast guard and the ship’s owner via satellite telephone to keep them abreast of the situation.

When they were about to enter the Port of Victoria after four days, the coast guard’s investigation team promptly ‘captured’ Kwang Hyun 803 and Lee could finally breathe a sigh of relief.

The Busan coast guard complimented Lee’s effort and said, “Knocking down the murderers and keeping them under control, and navigating the ship for four days all by himself is incredible.” 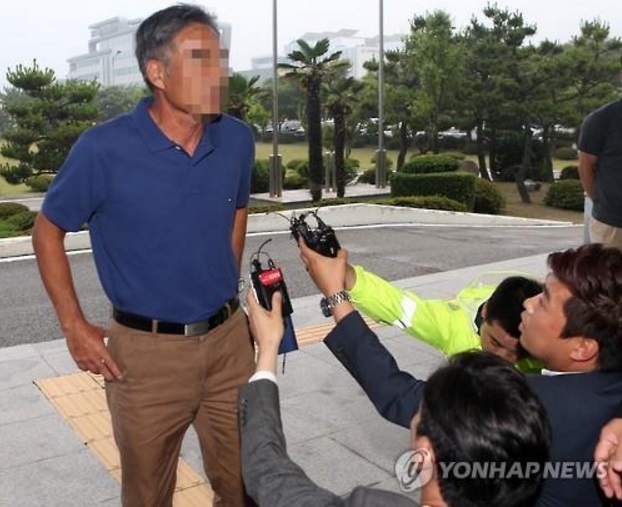 Lee came back to Korea on June 27 to take part in the investigation of a witness, and told reporters, “I just did what I had to as the first officer on the ship.” (image: Yonhap)

Lee came back to Korea on June 27 to take part in the investigation of a witness, and told reporters, “I just did what I had to as the first officer on the ship.”

The Busan coast guard is considering awarding Lee for making a significant contribution to the capture of the murder suspects.