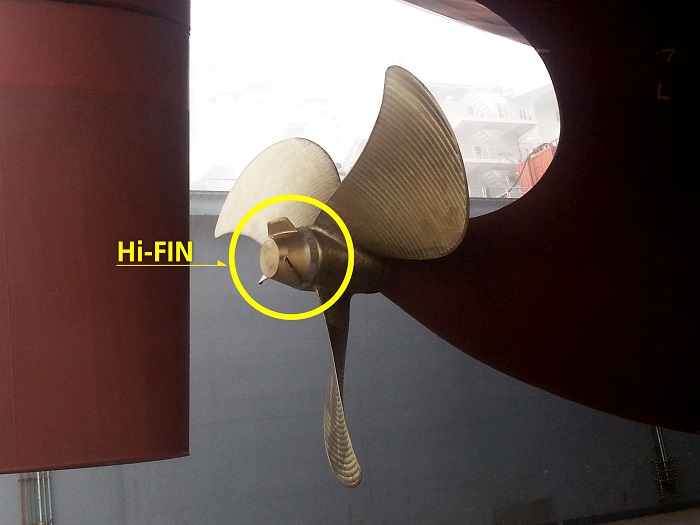 Developed in-house by Hyundai Heavy Industries, the installation works to improve propulsion power by producing a vortex swirling in the opposite direction to the vortex made by a ship’s propeller, which is a main contributor to fuel inefficiency.

According to a company statement on May 7, Hi-FIN was applied to Greek company Maran Gas’ LNG carrier in April 2014 and tested over a year.

The results showed that the device generated fuel savings of 2.5 percent. Maran Gas has currently decided to apply Hi-FIN to all of its carriers.

Hyundai Heavy Industries said that US$ 750,000 could be saved annually for an 8,600 TEU container ship, and a total of US$ 19 million could be saved over a typical ship’s 25-year lifespan.

Now that the technology has proven to be successful, orders are flowing in, with more than 30 ships currently scheduled to be retrofitted with Hi-FIN systems.