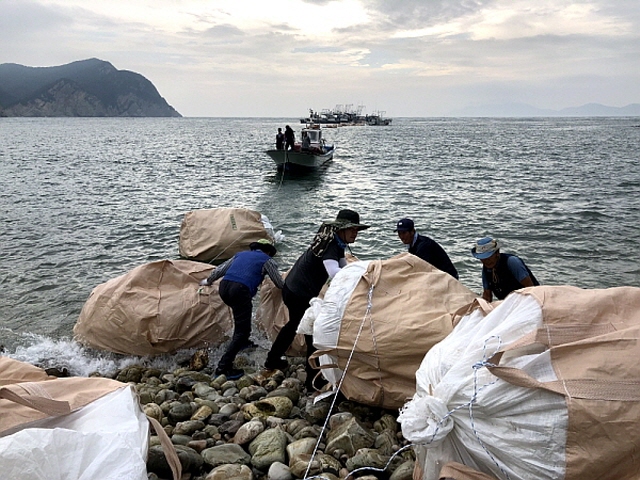 SEOUL, Feb. 7 (Korea Bizwire) — As the Han River flows towards the Incheon coast, the concentration of microplastics rises.

A survey conducted by the Incheon Metropolitan Government investigated the annual levels of microplastics at five different areas in the city from last March to August.

The research showed that as the Han River neared the Incheon coast, microplastics became more abundant.

More polystyrene and polyester compounds as well as styrofoam and packaging were found in the sea surrounding Seeodo Island and the Yeongjong Bridge, areas which are most affected by freshwater flowing from the Han River.

At all points, microplastic detection surged immediately after torrential rainfall in the summer, with an increase of about 22 to 39 percent compared to pre-rainfall.

Microplastics that flow into the sea are considered the main culprits of marine environmental pollution.

The city is deploying marine cleanup ships to clean up floating waste as well as seabed waste and uninhabited island coastal waste.

This year, the city also plans to work with civic groups to collect large amounts of marine waste.