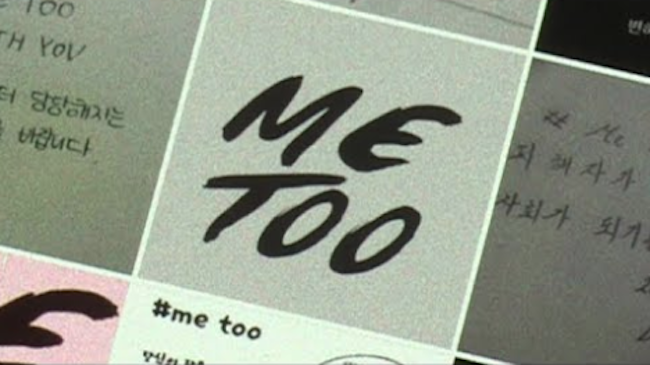 Allegations of sexual misbehaviors levied against esteemed directors and thespians brought forth from South Korea’s #MeToo movement has caused the performing arts industry to close down shows and modify scenes that are deemed to discomfort viewers in light of the publicly disclosed scandals. (Image: Yonhap)

SEOUL, March 6 (Korea Bizwire) — Allegations of sexual misbehaviors levied against esteemed directors and thespians brought forth from South Korea’s #MeToo movement have caused the performing arts industry to close down shows and modify aspects of productions deemed insensitive in the current climate.

In a show of support for #MeToo, theater goers have expressed their collective disapproval of the reported goings-on via rallies calling for the eradication of sexual harassment in the industry and the cancellation of purchased tickets to performances.

The public displays appear to have been persuasive for industry insiders; despite a scheduled performance on March 8 of the musical “The Last Empress”, Seoul YWCA recently announced it was pulling the show, explaining the move as “stating our solidarity with the MeToo movement and standing with the WithYou community”.

CEO Yoon Ho-jin of Acom, the company behind “The Last Empress”, is the latest figure to be caught up in allegations of sexual misconduct.

An outgrowth of #MeToo, WithYou was described by a member of the Daejeon chapter of the Women’s Association United as giving support to victims of sexual harassment.

An employee at the Sejong Center where “The Last Empress” is performed revealed that cancellation fees will not be imposed for the time being in light of the scandals.

Other productions involving embattled individuals, such as “Wednesday” by director Lee Youn-taek and “Room Without AC” featuring actor Han Myeong-gu, have either seen development come to an indefinite postponement or been halted completely.

The director of Yeonheedan, Lee has been accused of rape and other sexual misdemeanors while Han also has come under fire following a series of social media posts alluding to his problematic behavior.

Productions that do not feature or involve individuals embroiled in controversy are nonetheless taking extra steps to avoid falling afoul of public opinion.

Production firm OD Company has decided to modify a scene where the female protagonist is sexually violated in its “Man of La Mancha” production from April 12 onwards.

In the musical “The Three Musketeers”, which is entering its 10th anniversary run, director Wang Yong-beom has altered the macho, amorous musketeer Porthos, explaining that “being overly fond of women is difficult to categorize as ‘manliness’”.

Sexual harassment prevention and avoidance training is being considered, with at least one institution having implemented one such program since late last year.

Other measures include sexual harassment clauses clearly outlining penalties for offenses being stipulated in new contracts.