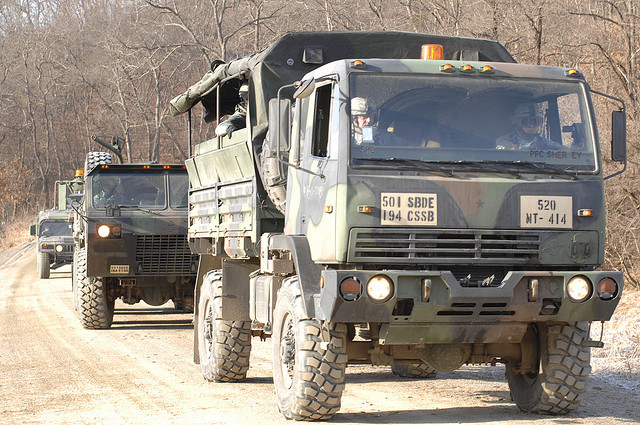 The U.S. corporal, only known only by his initial R, was driving an army truck and hit the victim in Suwon, just south of Seoul, in September 2011. (image: U.S. Army Korea/flickr)

SEOUL, July 7 (Korea Bizwire) — A court has ordered the South Korean government to compensate a civilian who was injured in a traffic accident caused by a U.S. soldier on duty, court officials said Tuesday.

The Seoul Central District Court handed down the ruling in favor of the South Korean victim and his insurance company, and ordered the Seoul government to pay 20 million won (US$17,800) in compensation, they said.

The U.S. corporal, only known only by his initial R, was driving an army truck and hit the victim in Suwon, just south of Seoul, in September 2011. The victim sustained multiple fractures.

Judge Lee Sang-won said the Seoul government is obliged to compensate for the financial and mental damage, in accordance with the Status of Forces Agreement (SOFA) signed between South Korea and the United States.

Under the SOFA, which governs the legal status of U.S. troops, South Korea is responsible for compensating third parties who suffer any damage caused by U.S. forces stationed here.

About 28,500 U.S. soldiers are stationed in South Korea to help deter possible North Korean aggression. The rival Koreas remain technically in a state of war as the 1950-53 Korean War ended in an armistice, not a peace treaty.